As China shows signs of recovery from the COVID-19 outbreak, speculations abound about what a post-COVID-19 future will look like. Amid the cacophony of voices, consensus is gathering that global power balances will shift. What this shift might entail is fiercely debated. Some see China rising to global leadership and offering resources and experience to those currently battling the pandemic. Others suspect that China is engaging in a sinister campaign to push other countries further into dependency. 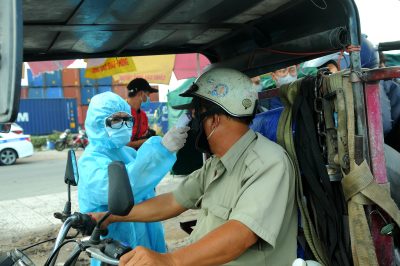 While China seems well positioned to lead the global economic revival, the damage to its economy is severe and prospects for a swift recovery look dim. 2020 GDP growth forecasts vary between 1.7 and 3.5 per cent, well below the official target range of 6 per cent. China will struggle to rebuild its productive capacity, supply chains and markets. Therefore, China is likely to turn to consolidating power in its own backyard — the Mekong region of Thailand, Laos, Myanmar, Cambodia and Vietnam.

Tourism, manufacturing and trade are the hardest hit sectors across the region. The Mekong countries have come to rely on tourism as a major contributor to their economies. In 2018, the tourism industry is estimated to have contributed more than 30 per cent of GDP in Cambodia and 20 per cent in Thailand. A drop in tourist numbers has had devastating impacts, particularly where Chinese visitors dominate the market. All Mekong countries also find their supply chains with China disrupted, forcing manufacturers to shut down as their supplies of raw materials dry up.

In a post-COVID-19 world, the China-centred supply chain networks holding the region together seem to be a thing of the past. The relocation of production bases from China to ASEAN countries — initially commenced with the onset of the US–China trade war — will gather further momentum. Major US importers have started to buy directly from Mekong countries to avoid escalating tariffs. The region will see a surge in foreign direct investment and a boost to overall standards of production and workforce skill levels.

China can soon be expected to invest large sums in infrastructure projects in an attempt to prop up GDP growth rates. China has already committed billions of dollars in concessional loans and credit to Mekong countries via ambitious regional projects including the Lancang-Mekong Cooperation and the China-Indochina Peninsula Economic Corridor.

These collaborative frameworks will be further strengthened in a post-COVID-19 world to advance China’s bid for a leadership role in the region. In a special ASEAN–China foreign ministers’ meeting relating to the COVID-19 outbreak, China’s Foreign Minister Wang Yi pushed for ‘closer and more active cooperation, so as to safeguard the health and lives of the people and to forge a closer China–ASEAN community of a shared future’. China recently shipped medical supplies to Cambodia to combat COVID-19 to match words with action.

Most of the Mekong countries maintain smooth relationships with Beijing and do not form an obstacle to China’s ambitions. Cambodia stands out as a particularly strong supporter of China. But Vietnam and Myanmar remain sceptical of China’s massive investments in mega dams along the Mekong and its claims in the South China Sea. Vietnam has consequently been left out of all major Belt and Road Initiative projects and had to request China release water from its upstream mega dams as rural communities along the Mekong were suffering from persistent water shortages.

Cambodia’s recent announcement that it would not build any new hydropower dams on the Mekong Mainstream for the next decade is of great significance. Hailed by environmentalists and human rights groups as a victory for biodiversity and local livelihoods, it is most of all an indication that China’s stance towards Vietnam is softening. China wants Vietnam on board.

Once COVID-19 subsides, old and new challenges will persist. With no end in sight to the US–China trade war, economies around the world are likely to continue to diversify their supply chains away from China towards Mekong countries, which are being propelled into increasing competition with China. China’s supremacy and access to the South China Sea will continue to be hampered as the United States and Japan broker agreements with countries in the Mekong region.