Amid the ongoing US–China technological and geopolitical rivalry, decisions to award 5G contracts to Huawei — or to their competitors Nokia and Ericsson — continue to garner much press. In Singapore, Huawei was edged out after Singtel and the Starhub–M1 joint venture decided to partner with Ericsson and Nokia respectively to build the city-state’s standalone 5G network. Along with other countries also opting for non-Chinese 5G equipment, US Secretary of State Mike Pompeo declared this as evidence of Washington’s anti-Huawei campaign bearing fruit. 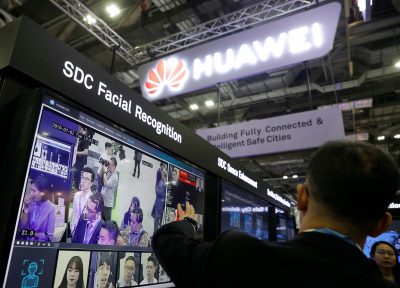 But does Singapore’s decision really reflect a turning tide against Huawei, and is Huawei losing its competitiveness within Southeast Asia?

Singapore’s decision is informed by commercial considerations, its foreign policy stance and strategic calculi vis-a-vis unfolding 5G geopolitical developments. It is not a bellwether state for gauging the rise of so-called underdogs Nokia and Ericsson.

From a commercial standpoint, the Singtel–Ericsson and Starhub–M1–Nokia partnerships predate anti-Huawei campaigning. Prior collaborations on 4G may have tipped the balance towards non-Chinese 5G vendors, given potential incompatibilities between 4G and 5G hardware produced by different companies.

Among ASEAN members, Singapore is also relatively vocal in expressing a strategic need to balance both US and Chinese influence regionally. In this light, the choice to accommodate multiple 5G vendors signals Singapore’s commitment to hedging, rather than a manifestation of anti-Huawei sentiments.

Although the Infocomm Media Development Authority (IMDA) ultimately awards Singaporean telecommunications companies with 5G contracts, its evaluations signal whether the 5G vendors collaborating with these companies are welcome players in Singapore’s 5G ecosystem given the wider politicisation of 5G.

Singapore’s decision may also reflect IMDA’s judgment that incorporating Huawei equipment into its standalone 5G networks is risky, given unfolding geo-technological tensions. This is not to say that Singapore accepts Washington’s anti-Huawei narrative, but rather it is pragmatically accounting for how Nokia and Ericsson could more easily satisfy IMDA’s requirements of ‘security, resilience and performance’.

Major powers continue to stack the odds in favour of particular companies. Moves to render non-Chinese 5G options more affordable and undermine Huawei’s prospects could reverberate throughout the region.

First, Washington is offering to fund purchases from non-Chinese 5G vendors in Brazil and elsewhere, with the Indo-Pacific being a priority. The conditionalities of this financing — sourced from the US International Finance Development Corporation and others — are unknown. But such an initiative could boost the prospects of Nokia and Ericsson, especially in price-sensitive markets.

Second, new sanctions could also impact Huawei’s viability as a 5G vendor of choice. Huawei’s products rely on a complex supply chain featuring US and Japanese components and technologies. Without an approved licence, chipmakers can no longer supply companies on the US blacklist — including Huawei — with components made using US technology.

At risk is Huawei’s ‘expansion, maintenance and continuous operations of networks’. Huawei’s stockpiles are finite, enough for only 12 months. Their suppliers are trying to frontload production before sanctions kick in, but foundries were already facing capacity constraints prior to the announcement. Finding alternative suppliers may take years. Chinese technology cannot fill this gap immediately, though plans are afoot to boost domestic self-sufficiency.

These sanctions could be later reset if they backfire on the US tech industry’s competitiveness and global leadership prospects. Previous rules barring cooperation between US engineers and their Chinese counterparts in setting global 5G standards were overturned for much the same reason. But Huawei’s position, at least in the near future, remains compromised.

Even if countries stick with Huawei due to cost concerns, Huawei’s overseas operations are unlikely to take precedence over servicing China’s domestic market. But in any case, cost savings may be irrelevant if US sanctions render Huawei incapable of building or maintaining networks in the first place.

There will, of course, be variations as ASEAN members have different interests and manoeuvrability when it comes to their relations with China, the United States and their chosen market champions. In places like the Philippines, where certain telecommunications companies are backed by Chinese state-owned enterprises such as China Telecom, non-Chinese 5G options bankrolled by Washington may not find purchase.

Still, a complete routing of Chinese technology is not on the cards as Southeast Asian countries will generally seek to maintain good ties with Beijing and the benefits that brings. As Singapore’s case shows, Huawei’s various inroads into the digital economy — ranging from a solid presence in its mobile market to a collaborative platform for 5G artificial intelligence applications — are likely to persist and be expanded upon.

COVID-19 is accelerating digitalisation and ASEAN countries remain committed to realising the development gains promised by the Fourth Industrial Revolution. They will put to work a mix of Chinese and non-Chinese technologies, even with potential interoperability issues, though these may be less significant if O-RAN (software that creates an open, shared network on any 5G hardware) takes flight sooner rather than later. The tide may turn against Huawei, but a steady flow of pragmatic cooperation in 5G and the wider digital economy is more likely in Singapore and other ASEAN countries more broadly.

Amalina Anuar is a research analyst with the Centre for Multilateralism Studies at the S Rajaratnam School of International Studies, Nanyang Technological University, Singapore.