Over the last decade, a lack of expertise among countries in managing their maritime domain has allowed lawlessness and crime on the seas to proliferate. Emerging criminal networks have become more complex and harder-to-quell. The relationship between various security threats, such as maritime piracy and terrorist financing, is also becoming increasingly interconnected. 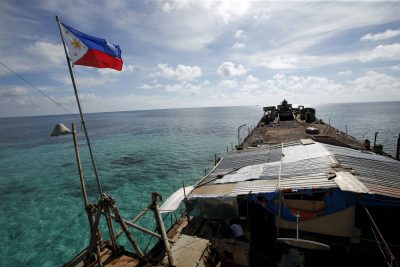 The Philippines has witnessed the notorious terrorist group Abu Sayaff exploit the sea for profit through lawless activities. The entry of foreign terrorist fighters into the Philippines has also become a lot easier because of the country’s vast and largely unmonitored backdoor entries.

The conundrum in the South China Sea also continues to worsen. The whole region is suffering from the consequences of continuous geopolitical spats and sovereignty disputes in the area. Fishing incursions, controversial maritime accidents, standoffs and challenges between government vessels are only some of the consequences. The national government and all Philippine maritime law enforcement agencies (MLEAs) are now facing extremely difficult and complicated maritime security tasks. A whole-of-government approach is more crucial than ever.

In 2011, then-president Benigno Aquino III signed Executive Order No 57 establishing the National Coast Watch System (NCWS). The NCWS is the Philippines’ whole-of-government mechanism for a ‘coordinated and coherent approach on maritime issues and maritime security operations’. The National Coast Watch Center, the operating arm of the NCWS, is composed of ten supporting agencies with the recent inclusion of the Philippine Drug Enforcement Agency. The number of supporting agencies and partners is expected to grow in the future as threats to Philippine maritime security grow.

While a whole-of-government approach has proven paramount in dealing with evolving maritime security threats, a lot more needs to be done to strengthen and sustain the NCWS. The effectiveness of the NCWS faces three major hurdles.

First, the process for developing and enacting urgent maritime security policies is unnecessarily convoluted. Bureaucracy in Philippine policymaking poses an obstacle to urgent policy initiatives rather than being a catalyst for policy development.

A good example of this is the current initiative to update the country’s National Marine Policy (NMP), initially adopted in 1994. Although much of the NMP still applies today, it is widely recognised as in need of updating so that its conditions align with the present maritime security requirements of the country. The imperative for change became most urgent after the landmark Permanent Court of Arbitration case between the Philippines and China in 2016. The case significantly affected maritime claims, law enforcement, fishing and navigation. Efforts to update the NMP have been tabled for years, but there remains no final output.

Second, the effectiveness of the NCWS is hindered by its limited command and control authority over concerned government agencies. The present authority of the NCWS is derived from its coordinative authority. The system relies heavily on the commitment, support and active participation of its member departments and agencies to achieve its mission and vision. This has raised the question of whether the NCWS mechanism can be sustained in the long run.

Philippine MLEAs today, despite the presence of NCWS, seem to be focused on their own individual directions. As a result, these MLEAs may become blind to the country’s urgent need for collaboration and cooperation in strengthening maritime security.

In order to overcome this hurdle Executive Order No 57 should be amended to give the system a defined command and control authority to direct, order and mobilise member departments and agencies. Further, the NCWS should establish and sustain its relevance in the Philippine maritime security seascape. The system must be able to show concerned government agencies that a whole-of-government approach is the only option for the country to successfully address its ever-evolving maritime security threats.

Third, the Philippines must overcome a lack of appreciation, emphasis and focus on the whole-of-government system’s role as an oversight mechanism.

Philippine MLEAs and concerned authorities may have come together to earnestly and conscientiously talk about the country’s maritime security threats. But there is little evidence that agreed plans ever deliver output. There are also unresolved issues with redundancies, overlapping mandates, inadequately rationalised maritime security programs and a lack of definitive guidance for maritime security resource sharing. The lack of comprehensive oversight means that these problems remain unresolved, with MLEAs constantly pushed towards taking their own sporadic and incoherent directions.

Comprehensive oversight will ensure proper management, realignment and rationalisation of government efforts and resources, and the implementation of agreed interagency plans and programs.

On 3 June 2020, a new executive director of the National Coast Watch Council-Secretariat was appointed. The new executive director’s track record shows an aggressive, bold and proactive approach to strengthening Philippine maritime security. Whether the NCWS is enhanced under his leadership is yet to be seen.