On the eve of the 70th anniversary of the outbreak of the Korean War, the two Koreas face a dramatic breakdown in relations. Tensions rocketed on 16 June when North Korea demolished a liaison office that had stood as a symbol of hope for improved communications. For the South Korean Moon administration, the re-establishment of inter-Korean summitry in 2018 represented an historic step toward establishing a permanent peace, coexistence and economic integration on the Korean Peninsula. 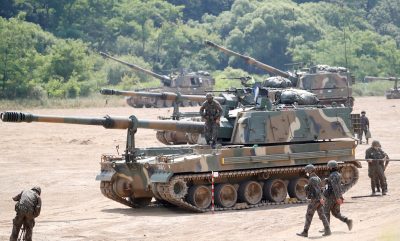 A statement on 4 June by Kim Yo-jong — Kim Jong-un’s influential sister — identified the spread of anti-North Korean leaflets by North Korean defectors as the cause of the rapid unravelling of inter-Korean relations. But the statement also targeted the Moon administration for its failure to contain the leaflets in contravention of the April 2018 Panmunjom Declaration.

Kim Yo-jong’s 14 June statement ordered the demolition of the inter-Korean liaison office and was even harsher in its criticism of the Moon administration. She accused the South of failing to open economic cooperation and instead bowing to US pressure and UN sanctions resolutions. A subsequent statement on 17 June directly insulted South Korean President Moon Jae-in and berated him for shifting responsibility for removing obstacles to inter-Korean cooperation by using the US alliance as a pretext.

North Korea’s demolition of the accomplishments of inter-Korean summitry is a cold slap in the face to the Moon administration, which had finally gained political and policy momentum. The resounding success of the majority party in South Korea’s April National Assembly election affirmed Moon’s crisis leadership amid a pandemic, removing legislative opposition to his domestic policy agenda and restoring his public approval ratings. But North Korea has now pulled the rug from under Moon’s feet and put South Korea at risk of just the sort of military confrontation that Moon most wanted to avoid.

The apparent ramping up of military tensions as North Korean authorities move to return the inter-Korean relationship to the status quo prior to 2018 is most worrisome. The Korean People’s Army General Staff announced its intention to redeploy forces to the Mount Kumgang tourist area and the Kaesong Industrial Zone, reinstall guard posts at the Demilitarized Zone (DMZ) that were removed under the September 2018 Comprehensive Military Agreement, and resume regular military exercises near the border.

Despite holding out hope that inter-Korean summitry and special envoys could save the day, the Moon administration finally responded to two weeks of ever-increasing North Korean rhetoric by declaring that Kim Yo-jong’s words are ‘fundamentally damaging the trust that the leaders have built up to date’. The director of operations for South Korea’s Joint Chiefs of Staff warned North Korea not to resume regular military exercises near the border or restore guard posts in the DMZ, stating that ‘if the North actually takes such a move, it will certainly pay the price’.

It is uncertain what North Korea’s motives are for rekindling tensions. They could be about succession or other internally-driven factors, or be designed to humiliate South Korea, split the US–South Korea alliance, or pressure the Trump administration. In any case, South Korea’s immediate goal — with necessary visible political support from the Trump administration and US Forces Korea — must be to contain tension escalation, avert and minimise possible loss of life, and reinforce a US–South Korea commitment to defence and deterrence.

North Korea’s apparent resolve to renew tensions on the Korean Peninsula provides a political opportunity for South Korea and the United States to shelve friction over cost-sharing and reaffirm the strength of their alliance. It also provides the two countries a chance to coordinate a defence against North Korean escalation and revert to the more robust pre-2018 schedule of US–South Korean military exercises to ensure readiness. Now is the time for the alliance to focus on maintaining defence against external threats and to reaffirm the mutual value and benefits of close alliance-based coordination.

Scott Snyder is Senior Fellow for Korea Studies at the Council on Foreign Relations, Washington DC. He is author of South Korea at the Crossroads: Autonomy and Alliance in an Era of Rival Powers (Columbia UP, 2018).