On 24 June 2020, Mongolia will hold its eighth parliamentary election since adopting its 1992 democratic constitution. This election is significant at a time when democracy worldwide increasingly appears under threat. It will assess the state of Mongolia’s democracy — which has exhibited signs of weakening — and whether the country can buck a global democratic backsliding trend. 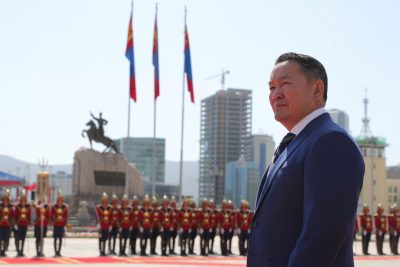 A total of 606 candidates, representing 13 political parties and 4 coalitions as well as 121 independents, will compete in the election. Both the incumbent Mongolian People’s Party (MPP) — which won 65 of 76 seats in 2016 — and the opposition Democratic Party (DP) are running candidates in all 76 election districts.

The record number of 121 independent candidates is a response to perceptions of failure of the Mongolian party system. Public trust in the two established political parties and parliament has dropped. Frustration and anger has been building over the incompetence of many members of parliament and their direct involvement in the embezzlement of state funds in recent years.

Five candidates, two from the MPP and three from the DP, have been arrested since the election campaign started. These arrests are politically motivated and target politicians who have been in conflict with either Prime Minister Ukhnaa Khurelsukh or President Battulga. The General Election Committee has not reacted to these violations of candidates’ rights.

Arrests of candidates during an election campaign has never occurred in Mongolia before and sets a dangerous precedent for Mongolia’s democracy. This is especially worrisome given a parliamentary decision in March 2019 to extend the right to discipline judges to the National Security Council, comprised of the president, prime minister and speaker of parliament. Many see this move as threatening the independence of the judiciary.

The parliament hastily adopted a new election law in December 2019, changing the election system from single-member majoritarian to multi-member majoritarian. When this system was used in 1992 and 2008, the MPP secured majorities. The multi-member system requires candidates to gain support from a larger pool of voters compared to small, single-member districts. It puts established parties with significant institutional and supporter networks in a favourable position. This is particularly true in 20 rural election districts where 54 of 76 MPs will be drawn from.

Negative campaign tactics have been less visible during this campaign compared to previous elections. Yet there has been no policy debate among major party leaders and the national public TV channel has not scheduled any before the election.

Both the MPP and DP claim that they nominated young, new candidates in response to increasing public frustration over many of their long-term political cadres. Prime Minister Khurelsukh has secured public support for his charismatic leadership style and has managed to nominate a number of new faces while pushing out potential candidates from rival factions. His ‘Unite the Force’ campaign builds on past administrative achievements, especially highlighting Mongolia’s success in combatting COVID-19 resulting in zero community transmissions.

In contrast, the DP is battling the perception of a divided party with some of its most prominent past leaders running for a new party or as independents. Though the two established parties claim unity among their candidates, factional divisions have been exacerbated by the multi-member election system, which tends to instigate intra-party rivalry.

The party landscape has also been shaken by the National Labour Party’s push of its ‘Right Person Electorate’ coalition. This party is mainly led by and appeals to a younger generation of urban professionals. While their chances at election may be slim, they bring a new focus on substantive politics to the campaign that might address some of the frustrations with the party system that many Mongolians hold.

The campaign is unfolding under social distancing restrictions and voting will also require various measures to protect against the spread of COVID-19. This also means that international election observers will be absent. The international community must pay particular attention to the reporting of domestic civil society observers in the days after the election to best measure the health of Mongolia’s democracy.

Byambajav Dalaibuyan is Director of the Mongolian Institute for Innovative Policies. He is also an honorary research fellow at The University of Queensland.

Julian Dierkes is Associate Professor at the University of British Columbia’s School of Public Policy and Global Affairs. He is one of the principal authors of the Mongolia Focus blog.