2017 was the year when corruption in Mongolia changed from being a taxing nuisance and moral outrage into a systemic block to political decision-making. 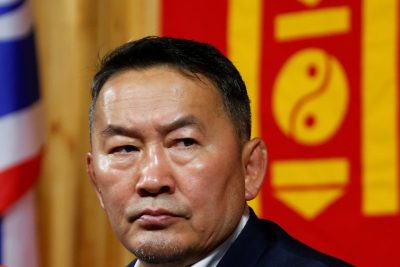 The most notable events in Mongolia in 2017 were the close call on a sovereign debt default in February, the presidential election in July that resulted in a change in government and the resultant change in leadership in the Mongolian People’s Party in October.

The near-default happened because of an inability to recognise the commodity boom-and-bust-cycle. This inability tempted the Democratic Party government to borrow heavily in 2012 and to spend the borrowings on populist ‘goodies’. The eventual fall in commodity prices left Mongolia with lower revenue, reduced foreign investment and higher unemployment (and its associated poverty).

This toxic combination led to a massive Democratic Party defeat in the 2016 parliamentary election and to a sovereign debt crisis. The only solutions to the crisis were bridge loans brokered by the IMF. These came with obligations to raise revenue and lower spending. Unless commodity prices take a sharp turn upwards, Mongolia’s fiscal situation will be somewhat precarious for years to come.

The huge parliamentary win for the Mongolian People’s Party in 2016 might have suggested the party had a good chance at winning the presidency from the Democratic Party. If it wanted to do this, it picked the wrong candidate in party leader and parliamentary chairman Miyeegombo Enkhbold. His reputation for corruption from his time as mayor of Ulaanbaatar as well as his lack of ideas and charisma led to a very lacklustre campaign performance.

The Democratic Party chose Khaltmaa Battulga as their candidate. This choice was surprising, since he had been defeated in the 2016 parliamentary election, has not stood out for his political ideas in the past and has as many corruption allegations as Enkhbold. The second surprise was the nomination of Sainkhuu Ganbaatar — a former union leader and independent member of parliament — by the Mongolian People’s Revolutionary Party.

The campaign was devoid of any constructive discussion of policy. Enkhbold and Battulga both ran on vacuous ‘Mongolia for the win’ slogans that had a symbolically nationalist flavour but offered no policy proposals, and Ganbaatar was the anti-candidate. Corruption allegations against Battulga were more of the same, and Enkhbold was further tainted by a 2016 scandal focussing on the recording of conversations about the ‘sale’ of state offices.

It may seem astounding that the Mongolian People’s Party won a landslide victory in 2016 despite these recordings, but when they surfaced again during the presidential election, the allegations focussed more personally on Enkhbold. An odd last-minute turnaround of election results vaulted a trailing Enkhbold past Ganbaatar, which added to popular mistrust of the Mongolian People’s Party. Battulga was not able to secure a majority, which necessitated a run-off election for the first time in democratic Mongolian history.

The most notable challenge to Battulga’s election as president became the mobilisation of frustrated voters around a ‘blank ballot’ campaign. This campaign made use of an election law provision that allows unmarked ballots to be counted towards the vote total. Given the required 50 per cent majority of valid votes for one candidate, the blank ballots in effect raise the hurdle on that quorum. Such a strategy raises the proportion of non-blank votes that a candidate must win over in order to gain a majority of the votes cast. In this way, over 8 per cent of participating voters demonstrated their support for democracy while voicing frustration with the candidates nominated by the parties.

Enkhbold’s defeat in the election led to unrest in the Mongolian People’s Party. In the State Great Khural (Mongolia’s parliament), a group of parliamentarians rose to dismiss then prime minister Jargaltulga Erdenebat, who had been installed by Enkhbold. These rebels voted in Ukhnaa Khurelsukh as the new prime minister, (who also won the Party chairmanship in a Party congress in November 2017), which solidified his control over a re-disciplined Mongolian People’s Party.

The blockage that corruption represents became most apparent in the parliamentary debates after the election. In a memorable session, head of the General Intelligence Agency Bat Khurts (who was formerly pursued by Interpol) countered all questions by parliamentarians with thuggish threats that he would reveal the questioners’ own corruption. Many parliamentarians have since kept eerily quiet.

This apparent bowing to threats points to corruption as a factor that is paralysing Mongolian decision making. It does so by creating stand-offs between politicians who threaten to expose each other while simultaneously fearing being exposed. For observers and Mongolian voters, there seem to be few individuals who corruption allegations do not taint. The enforcement of anti-corruption policies is itself marred by corrupt practices and threats of mutual exposure.

Given the mobilisation around the ‘blank ballot’ campaign, it seems likely that corruption or the mounting frustration over worsening air pollution will lead to significant demonstrations during next year’s ‘protest season’ after the end of February. These protests may ultimately lead to social and political upheaval in coming years: the two main Mongolian parties have shown little appetite or capacity for reform, and citizens recognise political corruption as the cancer it represents for democracy and Mongolia’s development.

Julian Dierkes is an associate professor at the University of British Columbia’s School of Public Policy and Global Affairs.