As two of the Asia Pacific’s leading middle powers, Australia and South Korea face increasingly difficult strategic choices. Although separated by vast distances, they both have a vital interest and role to play in shaping the region’s security landscape. 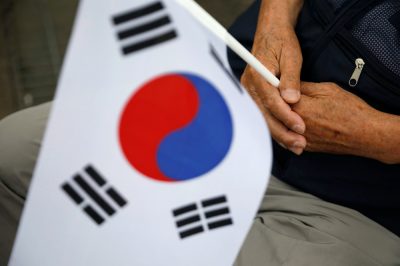 On 1 July 2020, Australian Prime Minister Scott Morrison made one such choice when he unveiled the government’s Defence Strategic Update. The review of Australia’s security environment outlined a major geostrategic rethinking of Australia’s international priorities.

Significantly, it highlighted the urgent need to develop military capabilities for Australia to be able to shape the region, deter potential threats, and respond with force, if needed. This will include AU$270 billion (US$187 billion) in funding to acquire new capabilities such as maritime patrol vessels, anti-submarine warfare assets, long-range strike weapons, air and missile defence, and satellite networks. This additional investment will bring Australia’s total defence budget to AU$575 billion (US$400 billion) over the coming decade.

Why is Australia, a prosperous country of 25 million people located in a relatively peaceful part of the world away from great powers or belligerent neighbours, embarking on such a costly program of defence reform?

Among a number of threats in recent years, the Update specifically cites China’s increasing assertiveness and its coercive use of ‘grey-zone’ activities against its neighbours. South Korea experienced this first-hand with unofficial Chinese economic sanctions after the THAAD deployment crisis in 2016. Recently, Australia has also been on the receiving end of Chinese economic punishment for daring to call for an independent international inquiry into the origins of the COVID-19 pandemic.

The COVID-19 pandemic has also demonstrated the limits of great power leadership. Even as the United States and China attempt to portray themselves as global leaders, they continue to play a blame game while using access to medical supplies as diplomatic leverage. US–China tensions over the pandemic, their ongoing trade war, Hong Kong, Taiwan and other crises look set to intensify in the coming years. In response, the Asia Pacific’s small and middle powers are working to upgrade cooperation amongst themselves to safeguard their shared interests and rely less on the great powers.

But South Korea has missed the opportunity to play a leading role in this effort.

By putting all of its energy into inter-Korean relations, President Moon Jae-in’s administration has failed to recognise the region’s broader strategic changes. Instead, the Moon government clings to the hope that its diplomatic efforts might facilitate US–China cooperation in resolving the North Korean nuclear problem and that this might somehow transform the region’s security situation.

The Moon administration has increased South Korea’s 2020 defence budget by 7.4 per cent to over 50 trillion won (US$44 billion), but the strategic rationale behind this spending remains unclear. South Korea urgently needs to debate what its regional security interests are.

To what extent does South Korea still see North Korea as a threat? What about China and Russia, who have repeatedly challenged South Korea’s sovereignty through air incursions while using their potential cooperation on North Korea as a bargaining chip?

Given the collapse in ROK–Japan relations, should South Korea seek greater defence self-reliance to avoid needing military cooperation with Japan? How much more ROK–US alliance burden-sharing is South Korea willing to accept as the United States mobilises for a new era of great power competition against China? Looking further afield, who are South Korea’s preferred strategic partners and what is it prepared to do alongside them?

Australia sees clear emerging threats and knows what it wants to defend. In contrast, it is unclear what threats South Korea’s armed forces are being trained and equipped to defend against. South Korea’s regional security interests need to be clarified and developed into a long-term strategy.

For example, the New Southern Policy gives long overdue recognition to the importance of Southeast Asia and India. When the Moon administration came into office three years ago, his special envoy to Australia, Chung Dong-chea, glowingly described the bilateral partnership as a ‘quasi-alliance’. But the policy has lacked a strategic component and the Moon administration has excluded traditional partners such as Australia and New Zealand from it.

South Korea’s regional partners are waiting for it to step up, but time is running out. The Australian government’s Defence Strategic Update announced it was deepening strategic partnerships with Japan, Indonesia and India, but did not mention South Korea once. South Korea has the potential to play a bigger role in regional security affairs and Australia has encouraged it do so through high-level talks, joint military exercises and defence industry cooperation.

In the two years it has left, the Moon administration needs to clarify what its broader Asia-Pacific strategic interests are, how its defence spending will help it achieve those interests and which regional partners it wants to work with to shape the region.

In particular, South Korea should be deepening security cooperation with fellow middle powers who are all facing similar challenges but are not aspiring great powers. Unlike the ambitious, if sometimes unrealised, diplomatic activism that middle powers have traditionally been known for, the focus now is to deepen bilateral strategic ties and to increase collective resilience.

The Asia Pacific is entering a dangerous period of rivalry and tension and middle powers like South Korea and Australia will need all the partners they can find. But the region will not wait for South Korea forever.

Peter K Lee is a PhD candidate in the Strategic and Defence Studies Centre at the Australian National University. He is also a Korea Foundation Graduate Studies Fellow.