The old saying ‘when all you have is a hammer, everything looks like a nail’ comes to mind upon the release of Australia’s 2020 Defence Strategic Update on 1 July.

The biggest issue is not so much what’s in the Update, but the way it continues the tendency to view international issues through a security lens. To avoid a militarisation of Australia’s international relations, Canberra needs to balance defence, diplomacy and development approaches. 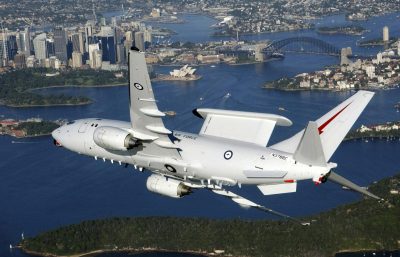 The Update was commissioned last year recognising that the world has changed more quickly than expected in the 2016 Defence White Paper. The Update is uncontroversial in outlining Australia’s deteriorating strategic environment, including increased strategic competition, technological change and aggressive grey-zone tactics.

What’s more surprising, given these threats, is that in many ways it charts a course of business as usual. For example, almost all the extra funding is an extrapolation of 2016 forecasts a further four years to provide funding certainty. Hugh White describes the Update as making only marginal changes to existing force development plans.

One of the most significant changes is setting three strategic objectives for Defence that are not defined in geographic terms: to shape Australia’s strategic environment, to deter actions against Australia’s interests and to respond with credible military force, when required. Or as the Department of Defence’s nifty graphic pithily puts it: ‘shape, deter, respond’.

The way the Update was released suggested that a militarist mindset is now dominant in Australia. The Prime Minister’s speech used analogies to the ‘existential threat we faced when the global and regional order collapsed in the 1930s and 1940s’. Meanwhile, the Minister for Defence’s speech spent most of its length listing new weapon acquisitions, giving the impression that Australia will shape its strategic environment by its military kit.

Commentators have not missed this, painting a picture of ‘Morrison beating the drums of war’, ‘the most hawkish turn in Australia’s defence policy since the end of the Cold War’ and ‘21st century gun boat diplomacy’.

The Update has been viewed as a declaration that Australia sees China as its enemy. According to the Australian Strategic Policy Institute’s Peter Jennings, ‘there’s only one country … [and] we’re not talking about Canada’. According to former ambassador Geoff Raby, ‘No one can now doubt who Australia’s enemy is. Of course, if China is treated as an enemy, it most certainly will become one’.

Security thinking tends to paint in black and white, as enemies or friends. The focus is on denying the enemy its interests and every concession can be painted as a loss of sovereignty rather than a trade-off. This is appropriate when in conflict. But in peacetime, problems arise if this approach subordinates a less adversarial civilian perspective and creates a self-fulfilling prophecy.

Joseph Camilleri accurately observes that the ‘security establishment has substantially grown in size, as have the resources at its disposal, its reach across all segments of society, and importantly its political influence’. Former Australian Defence Department secretary Dennis Richardson has warned against this becoming pervasive and ‘national security cowboys’ putting the nation’s interests at unnecessary risk.

Australia needs to prioritise diplomacy and development as well as defence in its approach to international engagement.

Australia currently does not invest in all three equally. In the last federal budget the percentage invested in diplomacy and development was the lowest ever in Australia’s history, less than one fifth of the amount spent on defence. This week DFAT announced further job cuts.

This seems very strange when diplomacy, development and trade are particularly effective in shaping the environment through influence, compared to defence’s use of deterrence and force. Diplomacy deals with countries that are bad, mad and antagonistic. Not just working with ‘nice countries’, but negotiating, engaging and trading with all of them because it’s in the national interest.

Looking at the latest Lowy Poll of Australians’ views of the world, the top five threats to Australia’s interests — drought, pandemics, global economic downturn, environmental disasters and climate change — are all threats that won’t be helped by more military hardware.

Australia can only protect itself from such threats through diplomacy, by advocating for international cooperation in global forums and working with other nations, through development, by strengthening neighbours’ resilience, and by defending open trade and engaging the innovation and creativity of the private sector.

Privileging a security view doesn’t play to Australia’s strengths. Whatever Australia spends, it will never have the largest military in the region. But it is realistic to have the most effective diplomats promoting Australia’s interests. Australia can be the most trusted development partner, if not the largest spender. The Australian Council for International Development’s Bridi Rice notes that development cooperation shows off positive Australian traits like pragmatism and problem-solving.

The first line of the Defence Strategic Update states ‘The Government’s firm commitment to the Australian people remains that we will keep our nation safe and protect our way of life for future generations’. This is not just a job for defence.

Given that funding ratios aren’t going to change any time soon, the short-term objective should be better coordination between defence, diplomacy and development.

Melissa Conley Tyler is a research fellow at the Asia Institute, The University of Melbourne.