If events in the South China Sea (SCS) in 2019 provide any indication of what is in store for the coming new year, there seems to be little to be sanguine about. 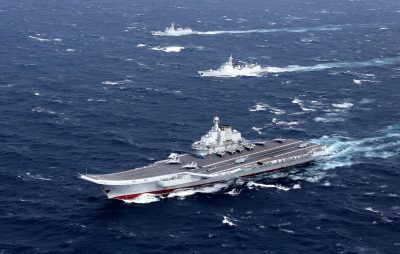 One might have thought that the standoff between China and Vietnam in 2014 over the oil rig HYSY981 would be the last major incident, especially following the Permanent Court of Arbitration (PCA) award two years later. ASEAN and Beijing injected further impetus into the process for a Code of Conduct (CoC), reaching a draft framework in 2017 and a Single Draft Negotiating Text (SDNT) in 2018, representing noteworthy progress.

But the standoff between China and Vietnam over the Vanguard Bank in the southern Spratly Islands in July and November 2019 shattered this illusion. All concerned parties continue to express their willingness to engage in dialogue, albeit each having its own reason for doing so. Negotiations should rightfully take place in an atmosphere where mutual confidence and trust can be engendered.

This was not the case in 2019. The Vanguard Bank incident demonstrated that China has no qualms about utilising coercion to assert its SCS interests while at the same time engaging in talks. China’s actions in Vietnam’s exclusive economic zone (EEZ) showed that its revisionist nine-dash line claim,  invalidated by the PCA award, remains alive and well. Most importantly, it showed that Beijing would not tolerate challenges to its interests.

During the 18th ASEAN–China Senior Officials’ Meeting in Da Lat in October 2019 Hanoi expressed its profound displeasure at Chinese actions hindering its legitimate energy work within its EEZ. This might have helped terminate the Vanguard Bank standoff. This episode could have heaped pressure on ASEAN member states who do not wish to see a stymied CoC process, which in turn could have influenced China’s decision to withdraw its survey ship Haiyang Dizhi 8.

The Da Lat meeting was a reminder of how Hanoi may leverage its newfound position as the ASEAN chair for 2020 to throw obstacles in the way of the CoC process. These obstacles could put the credibility of Beijing’s professed intent to promulgate the code by 2021 — an intent supported by many ASEAN governments — at risk.

2020 could see a mellowed-down China which is preoccupied with festering domestic problems ranging from economic slowdown as a result of the trade war with the United States to turmoil in Hong Kong. But Beijing will not completely foreswear the use of coercion.

In a recent meeting, China and Vietnam agreed to ‘handle differences properly’ — a familiar refrain which has characterised bilateral communications for years, including during the aftermath of the 2014 standoff. But given that HYSY981 and Vanguard Bank happened despite such previous assurances, similar future flare-ups are to be expected. Beijing will be careful in choosing targets. But Vietnam holds some useful cards in its pocket such as the ASEAN chairmanship in 2020 and a capacity to bring legal actions such as litigation.

Despite the economic slowdown that may affect ongoing build-up programs, existing military and coastguard capacities still afford China the resources to maintain a robust physical presence and, if necessary, conduct active coercive exercises in the SCS. Chinese government vessels continue to remain vigilant to the activities of the ASEAN claimants, particularly Malaysia’s energy work around the South Luconia breakers off Sarawak.

Optimists hoped that the CoC would dampen the recurrence of such incidents. ASEAN and China have two years to produce a tangible outcome before the 2021 deadline. 2020 will be interesting to watch, especially the subsequent reading of the SDNT which may give a sense of what the final document will look like. This process will still be marked by upheavals, since it is unlikely that all concerned parties will desist in asserting their SCS interests.

Extra-regional parties with economic and strategic interests in ensuring access to the SCS will play a prominent ‘background role’. The United States is expected to continue its freedom of navigation operations (FONOPs). US Navy Admiral Phil Davidson, Commander of the US Indo–Pacific Command made clear recently that the United States ‘will maintain our position and our operations in the South China Sea to preserve the international access to that waterway’. This means FONOPs will continue into 2020, a constant reminder to ASEAN and China that freedom of the seas should not be compromised in the CoC.

This may create concerns about a possible military confrontation between China and the United States. Despite the strategic rivalry playing out over trade, 5G technology, Xinjiang and Hong Kong, Beijing and Washington have generally maintained stable military relations — a breach of which could represent a final frontier and bring already strained ties into a disastrous tailspin. But both capitals sought to ease tensions following their last SCS close encounter in September 2018. This shows that both Washington and Beijing do not entertain the prospect of military confrontation. They are likely to maintain this position in the coming new year.

As China and ASEAN continue to engage in the CoC negotiations in 2020, the SCS situation will remain tenuous. There may not be any serious flare-ups since none of the concerned parties will wish to be seen as a spoiler of the CoC process. But expectations should be relaxed — progress will likely depend upon the extent to which all parties can compromise on their interests in the SCS.

This article is part of an EAF special feature series on 2019 in review and the year ahead.