Since the end of the commodity boom, Asia’s developing countries must keep up with domestic growth expectations and regional competition by securing foreign direct investment (FDI) and directing it into major infrastructure projects. These development pressures are rising alongside increasingly available Chinese capital, while non-Chinese multinational firms have, relatively speaking, lost their appetites for overseas investment. 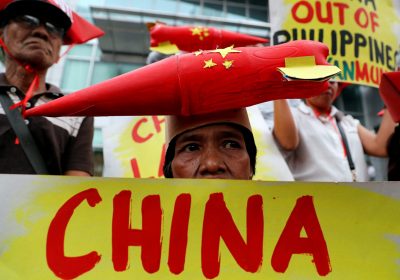 A combination of high political risk and relatively low return deters most from investing in critical job-creating sectors, leaving Asia’s developing nations with few options when Chinese capital comes calling. They must find ways to better harness the opportunities presented by Chinese capital while preparing for the potential risks.

The wealthier members of the Organisation for Economic Co-operation and Development are strengthening institutional responses to cope with the flow of Chinese capital overseas. Since the announcement of the Belt and Road Initiative, the traditionally open investment regimes of most Western economies are taking on a more protectionist cast.

Australia and New Zealand now judge foreign investment by net benefit assessments, weighing up a project’s contribution to the economy against expectations of technology transfer and potential national security risks. The Committee on Foreign Investment in the United States is receiving renewed attention over fears of technology theft and economic espionage. In the European Union, politicians and bureaucrats are discussing a common foreign investment framework across member states.

The Hanjin Heavy Industries and Construction Philippines (HHIC-Phil) bankruptcy is emblematic of these wider issues faced by developing economies. When HHIC-Phil declared bankruptcy in January 2019, it triggered the largest corporate default in Philippine history and a slow-burning crisis for the Philippine government over the uncertain future of the firm’s Subic Bay shipyard.

Few details have emerged on the financial state of HHIC-Phil, but the Philippine central bank reassured the country that HHIC-Phil’s debt comprised 0.24 per cent of total gross domestic loans. Its Philippine creditors have already agreed to work on a restructuring plan that will trade existing debt for equity in a new managing entity. But government alarm at the thousands of potential layoffs is prompting conversations about selling the assets to Chinese investors, or even nationalisation.

The Philippine Department of Trade and Industry confirms reports that two Chinese firms — one state-owned — are expressing interest, fanning fears that the country could be selling critical infrastructure to an unfriendly, if not malign, actor. Retired Philippine Vice Admiral Alexander Pama called the bankruptcy ‘a very significant national security issue’. And Philippine Defense Secretary Delfin Lorenzana publicly implied the possibility of nationalisation to keep the shipyard, and its prize location near a deep water port, in Philippine hands.

But instead of leaving the Philippines more vulnerable to Chinese strategic influence, an orderly and transparent sale of HHIC-Phil’s industrial assets that includes only private bidders — Chinese or Western — better serves Philippine interests. It would secure local employment and ensure the long-term economic viability of the country’s shipbuilding industry.

There are important distinctions between types of Chinese capital. Chinese private capital, which mainly comes as FDI or venture capital, is driven mostly by commercial considerations. Chinese state-backed capital, typically channelled through the FDI of major state-owned enterprises, construction contracts or concessional finance, is motivated more by political concerns.

Since the 2013 inauguration of the Belt and Road Initiative, China has ramped up overseas lending through institutions like the China Export-Import Bank (Chexim). Such lending relies on government concessional loans or preferential buyer’s credit to court foreign governments into using Chinese firms for construction contracts on infrastructure projects. The development impact of Chinese capital varies by project and by country. Sri Lanka’s Hambantota Port is an infamous case, where Chexim financing for the US$1 billion project led to the China Harbour Engineering Company (CHEC) seizing the port.

Chinese state-backed capital for Philippine ports can generate high levels of debt or create tensions over sovereignty, as seen in the controversy over CHEC’s proposals for port development in Cebu and Davao. But HHIC-Phil is an entirely different case. Any potential buyer would either take on the firm’s existing obligations or share equity with its creditors, depending on the final restructuring plan. This shields Philippine taxpayers from taking on any debt through the resolution process.

Despite Pama’s warning, HHIC-Phil’s shipyard appears valuable mainly for its industrial equipment. It is not, by any objective standard, critical infrastructure like energy or telecommunications.

The buyer would still have to lease the land from the Philippine government, giving the Philippines bargaining power over future operations. These safeguards are possible precisely because a HHIC-Phil sale would welcome Chinese private capital, but not Chinese state-backed capital and its attendant risks.

The Philippine government should harness Chinese private capital inflows to generate employment, transfer knowledge, and improve capacity in key sectors like manufacturing, services, and other commercial sectors. Developing stronger institutional mechanisms to engage with the politically-riskier Chinese state-backed capital is needed in the meantime.

The Philippines is not alone among developing economies in facing acute pressure to protect its national security while competing for the economic opportunities of foreign investment. The open and transparent sale of HHIC-Phil’s industrial assets to all private bidders would allow the Philippine government to capitalise on this opportunity and fulfil its economic and national security goals.

Aaron Francis Chan was previously Assistant Vice President covering Philippine clients at ING Bank N.V., as well as Economic Advisor for the British Embassy in Manila. He holds a MSc in International Political Economy from the London School of Economics.

Alvin Camba is a doctoral candidate at the Department of Sociology, Johns Hopkins University. He works on Chinese capital, development and elite competition in Southeast Asia.