On 11 March 2020, Japan marks the ninth anniversary of the Tohoku earthquake and tsunami, which caused a nuclear meltdown at the Fukushima Daiichi Nuclear Power Plant. The meltdown of the plant owned by the Tokyo Electric Power Company forced Japanese authorities to introduce many changes to Japan’s energy policy. 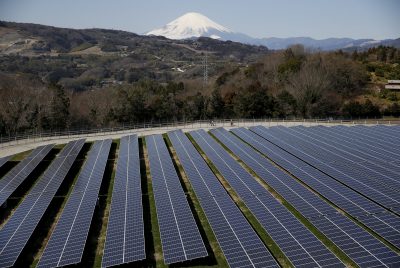 The electricity market was significantly deregulated in the wake of the accident. Retail deregulation in April 2016 led to consumer switching and new retail companies now have a market share of about 16 per cent. The ten local utilities will be unbundled and divested of monopoly control in April 2020. Renewables, most notably solar photovoltaics, greatly expanded due to generous support from the 2012 feed-in tariff scheme.

Still, there is a question about whether the shift has been fast and deep enough. Japan’s renewable penetration rate about 17per cent in 2018 is lower than that of the United Kingdom (33 per cent in 2018) and Germany (more than 40 per cent in 2019), economies of comparable size to Japan. Japan submitted its long-term climate pledge under the 2015 Paris Agreement to the United Nations Framework Convention on Climate Change. The announced goal is to reduce emissions by 80 per cent by 2050. But the plan does not include details on how this emissions reduction will be achieved.

Why is a country that experienced one of the most tragic energy disasters in history proceeding with its energy transition so slowly?

A significant problem with renewables in Japan is that they are expensive. In many parts of the world, renewable electricity is increasingly one of the cheapest options but many renewable technologies are more expensive in producing electricity than fossil fuels in Japan.

While Japan prides itself on its scientific and engineering prowess, the country has a dearth of evidence to draw on in many energy-related policy areas. There are only a few insightful analyses that exist in these areas, partly because the government does not release the relevant data like the United States does with its Tracking the Sun database. This inhibits policymakers and stakeholders from designing more effective renewables policies, though the government is starting to make progress with energy auctions, which are considered effective at slashing renewable costs.

Perhaps even more worrying is the future of energy innovation, which fuels cost reduction of clean energy technologies. Japan produces excellent innovations, ranging from solar panels to lithium-ion batteries (for which Dr Akira Yoshino was awarded a 2019 Nobel Prize). But the market share of these products continues to decline, be it solar photovoltaics or batteries for electric vehicles. Very few researchers have analysed recent energy innovations in Japan systemically.

One of the most significant barriers continuing to constrain Japan’s energy policy is politics. In the sphere of energy policy, it is not just a question of political will but rather the will of the general public, especially the youth.

In Japan, energy and climate issues are not ‘cool’. Take Fridays for Future, a global climate movement started by Swedish student Greta Thunberg. The September 2019 Fridays for Future global climate strike attracted approximately 270,000 protesters in Berlin and around 100,000 took to the streets in Melbourne. In Shibuya, a major Tokyo metropolitan district, the number reached only 2800 people and the event was framed as a climate ‘march’ — not a strike, to avoid the event being perceived as confrontational.

At the COP25 United Nations Climate Change conference held in Madrid in December 2019, Japan’s Environment Minister Shinjiro Koizumi argued that fighting climate change needs to be ‘sexy’. While his intent may have been lost in translation (the Japanese term for ‘sexy’ is not used in the context of political matters), both energy and the environment need to become hot topics in Japan. If the younger generation doesn’t believe in climate change, what will incentivise politicians to act?

This story tells us that Japan is experiencing ‘relative’ informational isolation. It is surprising that a developed country like Japan displays a tendency towards informational isolation in the digital age of the internet and social media. The issue is that the vast majority of policy evidence is provided in English (such as reports by IRENA and RE100) and the modern green movement itself is dominated by English speakers. Japanese policymakers and business people are not necessarily fluent in English and the number of Japanese students studying abroad has been stagnating in recent years.

Informational isolation cuts both ways. Japan may not be in sync with the developments of the rest of the world. Outsiders might be confused about what happens in Japan and provide ill-informed advice. This is why me and my colleagues conducting research on Japan’s energy and climate policy and have also been pushing for greater internationalisation by conducting international research projects and bringing in global perspectives.

Although Japan has made a number of changes to its energy policy since the meltdown at the Fukushima Daiichi Nuclear Power Plant, Japan’s energy policy still clearly demands greater attention. As the past nine years show, Japan is yet to fully heed the lessons of the triple disaster.

Masahiro Sugiyama is Associate Professor at the Institute of Future Initiatives, The University of Tokyo.