In the span of a little more than a decade the world has experienced two economic crises. The Great Recession was precipitated by the global financial crisis of 2007–2008. Now an economic recession is being induced by government measures to stop the spread of COVID-19. South Korea came out of the Great Recession better than many other developed economies and is positioning itself to do the same after COVID-19. 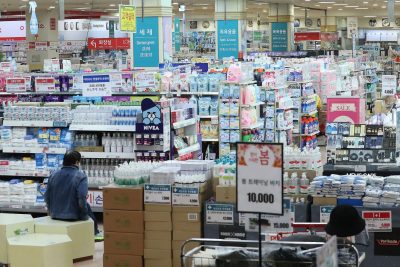 South Korea was able to avoid economic decline during the Great Recession. While economic growth slowed, South Korean GDP grew by 0.7 per cent in 2009. South Korea was able to avoid a recession thanks to a banking and corporate sector that had become more fiscally sound in the aftermath of the Asian Financial Crisis a decade earlier, a diversified export portfolio and a fiscal stimulus package equivalent to 6.9 per cent of GDP between 2008–2010. The government also introduced a five-year Green Growth plan designed to spend 2 per cent of GDP to develop future green growth industries.

South Korea has not been as fortunate in the current moment, but should still outperform other developed economies. The economy has official entered a recession and the International Monetary Fund (IMF) expects South Korea’s GDP to decline by 1.2 per cent this year, while the Organisation for Economic Co-operation and Development (OECD) estimates that it will fall by 2.5 per cent. The United States, United Kingdom, Japan and the Eurozone are all expected to perform significantly worse.

Exports have declined for four consecutive months and were down by 25 per cent in April 2020 and 24 per cent in May year-on-year. But the declines began to moderate in June as an increase in shipments to China and growing demand for computer products helped to keep the decline in exports to 10.9 per cent.

South Korea’s unemployment spiked particularly over the first three months of the crisis, shedding a little more than one million jobs. The unemployment rate peaked at its highest level since January 2010, before declining slightly in June to 4.3 per cent. Government subsidies for unemployment benefits also reached a record US$917 million in June, the fifth straight month with a new high.

One area where South Korea has not outperformed its peers is youth employment. The pandemic has hit young workers hard. More than a quarter of economically active workers aged 15–29 are either unemployed or underemployed — up nearly 21 per cent from December 2019. The figure is the highest in the OECD. While the government is working to create 550,000 jobs for young and low income workers, these are primarily in the public sector rather than support designed to encourage hiring in private companies.

South Korea has been better prepared to deal with an infectious outbreak than many countries. After SARS and MERS, Seoul implemented new laws that allowed the Korean Centers for Disease Control and Prevention to access credit card and phone data, as well as CCTV footage, to track the movement of those carrying COVID-19. This helped Seoul manage the outbreak — South Korea quickly became a model for containing the coronavirus.

South Korea took immediate steps to address the economic crisis as well. The Moon administration announced an initial US$13.7 billion stimulus packaged in March focussed on dealing with the costs of the healthcare crisis and providing support to small- and medium-sized enterprises (SMEs). In a series of supplementary budgets, the administration has increased loans to SMEs, provided funds to create new jobs and job training, and sent stimulus checks to citizens. South Korea’s stimulus packages totalled 14 per cent of GDP.

While the government moved quickly to provide support for SMEs, it was slower to provide support to airlines which have faced significant difficulties. It wasn’t until late-April that state-owned banks provided loans to South Korea’s two largest airlines. This contrasts with the United States where a combination of grants and loans were provided to keep US airlines afloat and protect workers in the airline industry.

The Moon administration’s economic plans extend beyond providing assistance to workers and firms. The administration will spend US$94.6 billion over the next five years as part of a New Deal package to spur future economic growth.

South Korea has managed to navigate COVID-19 and the great pandemic recession thanks to the lessons it learned from managing previous viral outbreaks and a willingness to provide the stimulus that the economy needed. More focus is needed on youth employment and the airline industry. But the Moon administration is preparing the economy for future economic growth through the New Deal.

Troy Stangarone is Senior Director and Fellow at the Korea Economic Institute of America. The views expressed here are the author’s alone.