The health and economic crises from the coronavirus are unlike anything the world has experienced since the Great Depression and Second World War. The global community is at risk of repeating the mistakes of the 1930s and undoing the foundations of lasting peace and prosperity that were forged in the ashes of that war. 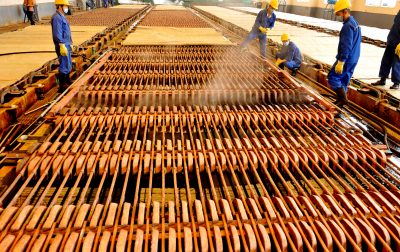 The world needs more globalisation to overcome the COVID-19 health and economic crises, not less. There’s little doubt that developing a vaccine and eradicating the virus will require a global effort in cooperation, collaboration and coordination, even if those qualities now seem in short supply. This effort is the key to economic recovery, too.

One is economic nationalism: to bolster onshore production, put up barriers to foreign investment and shorten supply chains to the point that they avoid crossing borders. That’s the North Korean model of eliminating risk in international economic engagement. The other force is to decouple or drastically reduce dependence on the Chinese economy. The distinction between the two is not as clear-cut as the proponents of the latter want to believe. Free trade that excludes China is not free trade.

Producing masks, hand sanitisers and ventilators to top-up imports during a global shortage makes sense. Restricting exports of that equipment to other countries, as many are already doing, makes no sense at all if critical domestic needs have been met. Shortages won’t be filled by imports when others are also restricting exports.

Supply chains that are concentrated onshore are more vulnerable to other kinds of shocks. A natural disaster or home-grown crisis could wipe out whole industries. The best insurance against drought or crop failure in one part of the world is openness to supply from producers all around the world. The key is to manage supply chain risk, not to avoid it.

More supply chains run through China than any other country, as it’s the low-cost ‘factory of the world’ at scale. That gives China a huge stake in the established open, rules-based multilateral system, even if some in China don’t understand that and act otherwise. Chinese policymakers intervening in international markets increases the cost of doing business with China for the rest of the world. Beijing knows that the credibility of its commitments to the global economic order is central to maintaining living standards and, therefore, social and political stability. Reminding Beijing of what China has at stake and engagement in the protection and expansion of rules will reinforce the rules-based order to everyone’s benefit.

China owes its prosperity to participation in this order. Had it not made and largely abided by the commitments it gave to the WTO in 2001, it could never have become the dynamic, globally interconnected economy it is today. For either Beijing or its trading partners to risk undoing these accomplishments by turning away from the institutional order that delivered them prosperity would be a huge mistake. It is not a matter of trust but one of self-interest in binding and enforceable commitments.

Mutually beneficial trade and investment create real stakes in partner countries that help to constrain some of the worst impulses of national leaders.

High trade shares with China are not a liability but evidence of success. Government policy shouldn’t aim to diversify away from that success but to ensure proper international governance is maintained to manage it. The key is to manage the risks from economic engagement, not to avoid them, including with China.

The public debate in Australia, and elsewhere, about reducing dependence on the Chinese economy has been turbocharged by the breakdown in trust between Australia and China in the context of US–China strategic competition and the fight over the narrative around the COVID-19 pandemic.

Governments can intervene in the market to slow or stop business with China, as President Trump has done. The Japanese government has allocated 220 billion yen (US$2 billion) in subsidies to onshore production and a further 23.5 billion yen (US$219 million) to strengthen supply chains with Southeast Asia. These measures are largely aimed at reducing dependence on the Chinese economy. Yet it’s not clear how this corporate welfare will stop companies from selling to the Chinese market or investing further in China. Policies that might be effective in reducing interdependence will come at a much higher cost to national budgets and, more importantly, to growth.

There is no substitute for a large Chinese economy that is open to trade, as a market or supplier. Its scale is what drives China’s large global trade shares. China is the world’s largest trading nation and second largest economy. Emerging markets like India and Indonesia are orders of magnitude smaller and poorer, and will be for some decades.

It will be even more costly to try to impede economic engagement with China when countries emerge from the health crisis and try to reboot their economies. Budget repair, jobs and recovery are at stake. Unless there is a devastating second wave of infections in China, its economy will likely be one of the first to recover after the pandemic and deliver an early boost to recovery elsewhere in the world.

Economic distancing from China or self-isolation will both deepen the economic crisis and prolong the path towards recovery. It will not make supply chains more resilient. It would also represent a geopolitical catastrophe for both sides, reducing China’s stake in an open global order, creating enmity where none need exist. Instead of accentuating differences and retreating from openness, the lessons of past crises point to a need to realise the common interest in immunising the global economy from prolonged stagnation and depression.

This article appears in the most recent edition of East Asia Forum Quarterly, ‘Immunising Asia’, Vol. 12 No. 2.