Negotiations on the Digital Economy Partnership Agreement (DEPA) between Chile, New Zealand and Singapore were concluded on 21 January 2020. The Joint Ministerial Statement issued in May 2019 promised a ‘first-of-its-kind’ and ‘forward-looking’ agreement that would be a pathfinder for the WTO and APEC — offering new approaches to digital trade issues and exploring new frontiers in the digital economy. But significant new rules and obligations were never likely. 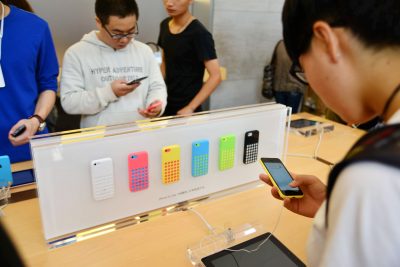 The original plan to sign a final agreement just six months later inevitably required drawing heavily on existing agreements. This included borrowing from the electronic commerce chapters in the Trans-Pacific Partnership (TPP) and Comprehensive and Progressive Agreement for Trans-Pacific Partnership (CPTPP), to which all three parties are signatories (although Chile has yet to ratify).

DEPA’s ‘new’ approach does little to address criticisms that the TPP and CPTPP’s binding and enforceable rules will entrench the market dominance of large technology companies while constraining the ability of governments to address a rapidly mounting array of regulatory challenges. It also fails to close the digital trade divide between developed and developing countries and offers only weak promises of dialogue on the topics of small and medium-sized enterprises (SMEs), indigenous peoples, women and marginalised communities.

Overall, there are substantial shortcomings across a number of areas.

Module 1 of DEPA stipulates that the parties’ existing agreements still co-exist. Ambiguity arises as DEPA is silent on the status of future agreements. While any inconsistency with another agreement is subject to consultation, it is currently unclear whether it would go to a dispute under DEPA or the other treaty.

Module 3 on the ‘Treatment of Digital Products and Related Issues’ and Module 4 on ‘Data Issues’ leave controversial obligations in the TPP and CPTPP largely unchanged. The WTO’s temporary Moratorium on Customs Duties on Electronic Transmissions, whose renewal India and South Africa recently opposed, is made permanent. Digital products cannot receive less favourable treatment based on their origin or the nationality of the creator, except for subsidies and grants — a rule that weighs against local digital start-ups and SMEs.

Businesses also cannot be required to use local computing facilities, including servers, and must be allowed to transfer information, including personal data, outside the country to locations of their choice. Both rules encourage regulatory and tax arbitrage. The exception for ‘legitimate public policy’ objectives is still limited.  The consumer protection and data privacy provisions in DEPA are more detailed than in the TPP, but again fail to set minimum standards.

A notable omission from the TPP and CPTPP is a guarantee that owners can keep their source code secret — perhaps a belated recognition of problems that these rules pose for competition authorities, anti-discrimination law, cybersecurity and other areas of public policies. Module 3 also incorporates a little-remarked on annex to the TPP’s ‘Technical Barriers to Trade’ chapter that protects encryption. This is something welcomed by digital-rights activists as it prohibits government from forcing companies to include backdoors in their software.

The strongest claim of value added comes in Module 2 on ‘Business and Trade Facilitation’ through digital transactions, despite many of these obligations using soft or ‘endeavour’ language. As with the TPP and CPTPP, each party must maintain a legal framework to govern electronic transactions consistent with recognised international principles. The module also builds on the WTO Trade Facilitation Agreement’s ‘single-window’ approach and aims to ease administration through expediting customs procedures for express shipments, acceptance of paperless trading and electronic invoicing, establishing secure interconnection and interoperability for the exchange of data related to trade documents and sharing best practices on logistics.

Module 6 on ‘Business and Consumer Trust’ and Module 13 on ‘Exceptions’ address consumer interests and regulatory space. The privacy and consumer protections are weak. Most other public policy provisions use ‘endeavour’ language or give extensive leeway on whether and how governments should pursue them. There is also no commitment to action on cybersecurity. But, as with the TPP and CPTPP, the essential security exception is totally self-judging and effectively unreviewable. DEPA has another important difference: It excludes all taxation measures, except rights and obligations under taxation conventions. Yet the TPP and CPTPP’s convoluted tax exception would still apply in cases of overlap.

The ‘transparency’ rules in Module 14 reinforce DEPA’s pro-corporate imbalance. But the requirements that other parties and ‘interested persons’ receive advanced notice of proposed measures, and the options for review and appeal, are more loosely worded than in the TPP. Article 1.4 of DEPA encapsulates the ‘transparency paradox’: a party can designate information as confidential and not to be released publicly without specific permission except to the extent that is required by law or for judicial proceedings.

Annexes to Module 15 on ‘Dispute Settlement’ will identify which DEPA provisions are enforceable. Although they have not yet been released, enforcement is understood to apply only where provisions build on existing rules.

Modules on broader public policy issues and inclusiveness are largely cosmetic.  Module 5 on a ‘Wider Trust Environment’, Module 8 on ‘Emerging Trends and Technologies’ and Module 9 on ‘Innovation and the Digital Economy’ merely promise cooperation on issues of ethics, safety, competition law and open government data. Module 10 promises more information for SMEs and commits to a dialogue that ‘may’ include the private sector, NGOs, academics and other stakeholders. Module 11 on ‘Digital Inclusion’ for indigenous peoples, women, rural populations and low socio-economic groups does not even promise a dialogue.

There is minimal value added by DEPA, even as a pathfinder for e-commerce proponents in the WTO and APEC. For critics of the TPP and CPTPP’s one-sided rules, DEPA reflects a wasted opportunity.

Jane Kelsey is Professor with the Faculty of Law at The University of Auckland.