The new year and new decade are off to a bad start. The spread of the novel coronavirus out of Wuhan and the bushfires in Australia are global events that remind us how interconnected the world now is.

More than ever we face challenges on a global scale that require global action. But the world is moving in the opposite direction away from collective action. 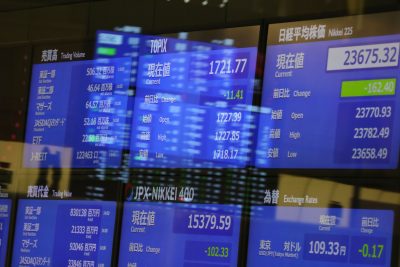 The world is plagued by uncertainty that only seems to be getting worse. The established Western powers continue to undermine the very values, norms and system they created and sustained. US President Donald Trump continues America’s assault on global trade and global institutions, and the United Kingdom has followed through on its promise to dis-integrate itself from the European Union. The election year in the United States is off to a rocky start and the circus in US Congress reflects poorly on America’s democratic institutions.

Managing China’s rise and its impact on the global system was going to be the challenge of the times and that’s been made harder with its turn towards authoritarianism domestically and a more assertive foreign posture.

The economic, geopolitical, security, health and climate risks we all face are connected and the uncertainty they create is helping to amplify and spread the risks and effects.

States of all shapes and sizes have succumbed to self-interest over collective good. Populism and nationalism are increasingly the driving forces in major powers and empower and unleash nationalists and populists everywhere. Lessons of the past are lost or ignored and the risk is of repeating them.

The framework for the global order was established in the post-war period to avoid the mistakes of the 1930s that descended into the Second World War. The rules-based order that was born at Bretton Woods was far from perfect or fair but it did largely keep protectionism and beggar thy neighbour policies at bay.

What followed was 70 years of global economic expansion with positive gains from international economic engagement pursued without being dominated by geopolitics or national security policies, except for the divide of the Cold War. That system allowed smaller and poorer countries to open up to international trade and exchange with confidence that they had clear rules to protect them from the political whims of big power geopolitics.

That system is now under threat and facing its biggest test since its creation.

Almost forgotten in the recent events is the news less than a month ago of the phase one trade deal between the United States and China. Welcome news for stock markets, it brought some certainty to economic policy globally early in the new year. But it is the latest threat to the rules-based trading system as the world’s most powerful economies and largest traders move the world towards rule by might and power.

The phase one trade deal moves China and the United States towards managed trade in gross breach of WTO rules. It may have been better than no deal but it is also more evidence of US disregard for global rules. It legitimates China in turning its back on the multilateralism in which it has a huge stake and supposedly champions.

Edward Alden warns in this week’s lead essay that ‘weakening rules put smaller economies … in an increasingly vulnerable position’. We are entering a world where ‘smaller countries will no longer have the protective umbrellas of those rules, and will at best be able to cut unbalanced deals with the big players’.

Every deal the United States has negotiated in the Trump era has included measures that are in breach of the WTO rules that the United States helped create. And they’ve been lopsided, with countries choosing the lesser of two evils: sign the deal or face the punishment. Alden warns that ‘the phase one deal with China is a taste of things to come’.

Large powers naturally prefer to deal with smaller powers bilaterally and China is no exception. The Belt and Road Initiative is being pushed out with China dealing with partners one-on-one. In trade China’s stake in multilateralism is large but once it loses confidence in that system, it will behave like Trump’s America.

The enforcement mechanism for global trade rules is already in crisis. Since December the WTO’s Appellate Body can no longer hear new cases since it now has only one judge. That was the crown jewel in the WTO. The United States vetoed the appointment of new judges in what is a brazen attempt to tear down the system to have it rebuilt the way it wants. This US behaviour is much more about unshackling itself from the rules than trying to reform the body.

The rest of the world, however, has agency. It’s not a time to be a bystander. Though the initial response to Trump unleashing his America First agenda on global institutions may have been confusion elsewhere, there’s no excuse for inaction now. There is an odds-on chance of a second term for Trump and US institutions have not yet shown that they can stand up to him.

The European Union, China, Canada, Australia, Singapore, South Korea, Mexico and 10 others have formed an alliance to settle trade disputes, replicating the WTO’s appellate body through a rule allowed in the trade body. This is the sort of collective action that is needed. It’s not an alliance against any country, it is collective action that stands up for international interests in a rules-based system.

This is just the start of the ramifications of the strategic competition that’s been launched between the United States and China. Countries are being forced to make starker choices between the United States and China in trade, investment, technology and rules. But they are also being made to choose between a rules-based multilateral system and short-term gain in a world of chaos without such rules. Standing up to powerful countries, including the most powerful, is far from easy. Doing so in an alliance of like-minded countries that want to protect openness, rules and multilateralism will be a little easier.

Protecting, preserving and reforming the global trading system is a top priority. The risks that plague the world are all correlated but with a robust multilateral economic system there is a positive-sum basis for countries to engage. Without it, everything will be lose-lose.