Less public attention is being paid to India’s external challenges.  The world economy matters to India today and India has itself become a global player. The rules-based multilateral economic order which supported global integration for a generation is under widespread challenge.  As multilateral institutions weaken and bilateral negotiations assume centre stage, India is compelled to articulate an economic sovereignty that’s politically grounded domestically while remaining sufficiently flexible to grasp opportunities in the years ahead. 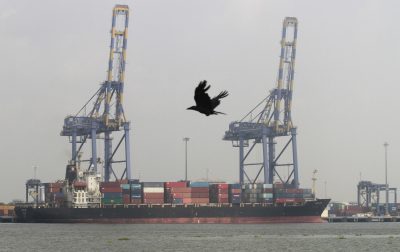 Deep shifts in global order have been building, but a key marker is the 2008 financial crisis. Its origins in the most advanced financial markets provoked continued widespread questioning of the liberal consensus in vogue.

The crisis also triggered recognition by the advanced countries (meeting as the Group of Seven) that emerging markets were systemically important in output, trade and finance. The Group of 20 (G20), including India, first met at the head-of-government level in 2008 and has met at least annually since.

G20 participation has had two subtle but profound implications.

As with the G7, meetings among leaders on the great issues facing the world economy has downgraded the importance of treaty-based economic institutions, notably the IMF, the World Bank and the WTO.

These institutions possess the legitimacy of near-universal membership and hold formal responsibility for guiding the global economy, but ended up followers rather than shapers of cross-border policies between the world’s economies. They are accordingly less effective in cushioning disagreements and ensuring consistency of treatment than originally intended. These developments affect India adversely.

Second, the G20 embodies a shift in global attention from national living standards (real per capita income) to size of economy. The doctrine of poorer countries receiving special treatment has been replaced by expectation of burden-sharing, irrespective of level of development. Two critical domains are in rules for trade and expected action on climate change. As the poorest (and least urbanised) G20 member, India’s particularly affected.

Changes in the political economy of inter-governmental relations have been accompanied by unsettling global economic changes that could be seen as a ‘new normal’. One feature is the collapse of inflation, particularly in the advanced economies, but even flirted with by China.

This shift is reflected in astonishingly low interest rates, whose weakness as a monetary stimulus tool has led to massive expansions in advanced countries’ central bank balance sheets — designed to stimulate spending by boosting the prices of domestic financial assets. While the recovery in growth is welcome, the associated global monetary disorder and volatile capital movements complicate economic management in emerging markets such as India.

Equally troubling are two other developments: the slowing in world trade growth since 2008 and the rise of anti-migrant sentiment in many advanced economies. Trade and immigration are beneficial for growth, productivity and real incomes. Populist politicians have been quick to blame ‘unfair’ globalisation for stagnant wages, rising inequality and for hollowing out manufacturing sectors. The spectacular success of China as an exporter of manufactured goods has provided ammunition to these critics.

India is compelled to take a clear-eyed strategic view of the emerging international economic landscape and the implications for growth. Even if India’s development path remains largely driven by domestic choices, shifts in the global order will affect its opportunities. Fresh thinking in its economic diplomacy is urgently required.

In addition to financial volatility mentioned earlier, there are three sources of worry: access to markets, access to technology and weakened multilateralism.

Till now India has taken comfort that WTO rules would maintain its market access in merchandise trade. Today the WTO’s dispute settlement function is shut down by US veto; the consensus principle is regarded by advanced economies as ‘unworkable’; special and differential treatment is being challenged; the issue of state aid for exports has become a major concern; and new issues such as digitalisation are being discussed in plurilateral groups that India has chosen to avoid. With China in mind, new disciplines are being discussed in export subsidies and state-owned enterprises. India, with its considerable state involvement, could also come afoul of these and has already been challenged on subsidies.

In technology, India — a non-signatory of the nuclear Non-Proliferation Treaty (NPT) — has long experience of exclusion from dual-use technology regimes. Given growing US–China rivalry, there’s been enormous widening of technologies believed to be strategic. 5G telephony is the most egregious example. The United States and the European Union are attempting to place screening mechanisms for foreign investment where the underlying intent is judged to be non-commercial. Again, India’s commitment to strategic autonomy may conflict with these tighter rules.

India needs to think about its interests, assets, selection of partners and domestic capacity to provide reciprocity. It’s not in India’s interests to be forced to choose between the United States and China. Both offer different opportunities: the US cutting edge research and technological cooperation and Chinese investment finance and cheap capital goods. If India believes the United States is economically misguided in focusing on bilateral trade deficits, then it shouldn’t repeat the same fallacy in its own bilateral trade relationship with China. An obsession over the trade deficit with China is reportedly a major reason behind India’s step back from the Regional Comprehensive Economic Partnership.

India’s economic diplomacy must seek to strengthen a reformed and inclusive multilateralism — an arena where it has considerable expertise but traditionally been shy, other than perhaps at the WTO. India has had a seat at the top table for over a decade. As its 2022 G20 presidency approaches, 75 years after its independence from Britain,  it must seize the opportunity to shape the menu in cooperation with like-minded partners.

Suman Bery is a Global Fellow at the Woodrow Wilson International Center for Scholars, Washington DC.

This piece is drawn from a longer article by Suman Bery in the January 2020 issue of Seminar Magazine.