Two deep structural reforms shook up the Indian economy in 2017. The demonetisation of high-value notes and the introduction of a goods and services tax (GST) lay foundations for more robust and inclusive growth in the medium term. 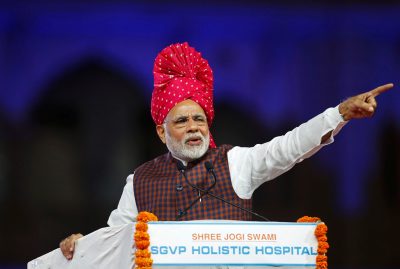 The demonetisation measures aimed to reduce India’s dependence on cash as well as shrink the share of the country’s black economy, which had risen to nearly 30 per cent of GDP. These aims were largely achieved — some estimates indicate that India unearthed more than US$1 billion dollars in illegal cash holdings from more than 200,000 shell companies during demonetisation. Of the Rs 15.44 lakh crore (US$241 billion) worth of currency that was to be demonetised, all but Rs 16,000 crore (US$2.5 billion) came back into the banking system.

Thanks to demonetisation, banks now have enough information to identify depositors and large depositors can be and are being pursued to check their legitimacy. India’s Central Board of Direct Taxes has discovered unexplained cash worth Rs 3 lakh crore (US$47 billion) in bank accounts. Both direct and indirect revenues have risen, which indicates a sharp improvement in tax compliance.

The increasing use of electronic modes of payment will also improve tax collection into the future. Electronic payments and transfers provide an easy audit trail that enables governments to tax individuals and businesses and to track illegal transactions such as money laundering, financing of crime, terrorism and drug smuggling. Electronic means of payment provide greater security for transactions despite the threat of cybercrime. Carrying large amounts of cash involves large risks of its own and fuels government inefficiency and corruption. Carrying out transactions by cash might also hurt the poor more than the rich, since it is harder to protect cash against theft, decay and natural disasters.

The second structural reform for 2017 — the long-awaited introduction of the GST — was essential for enabling further integration of domestic markets as well as reducing tax cascading.

Its implementation has not been ‘smooth sailing’. An ongoing concerns is that the GST’s introduction could lead to transactions moving into the informal economy, which would mean that tax collections fall. This was a problem when India introduced the value-added tax (the GST’s predecessor) in 2005 — indirect tax revenues remained stagnant despite 9 per cent or greater growth rates for the economy.

The sectoral composition of economic growth during 2016–17 was markedly different from previous years. 2015–16 was characterised by droughts throughout the country owing to the then prevailing El Nino effect, whereas high rainfall during 2016–17 has led to a resurgence in the agricultural sector. Gross value-added growth in agriculture, forestry and fishing — only 0.8 per cent in 2015–16 — rose sharply to 4.4 per cent in 2016–17. The services sector also experienced higher growth in this period. These increases were accompanied by a sharp drop in mining sector growth from 12.3 per cent in 2015–16 to 1.3 per cent in 2016–17.

On the expenditure side, government and private consumption contributed significantly to gross value-added growth in 2017. Good monsoons and rising incomes in rural India led to an expansion of rural consumption by 11 per cent, and urban consumption grew by about 7 per cent.

Gross fixed capital formation as a percentage of GDP recorded a mild decline in 2016–17 compared to 2015–16, indicating that the sluggishness in domestic capital formation is continuing. Foreign direct investment inflows remained robust and this trend looks set to continue into 2017–18.

Numerous other indicators were also promising in 2017. India’s slowdown in exports has bottomed out with the latest figures indicating an upturn, and inflation remains within the Reserve Bank of India’s preferred range. The trade deficit is acceptable and sharp rises in direct and indirect tax collection following demonetisation and the implementation of GST has led to the fiscal deficit remaining within the targeted range.

Demonetisation and the GST were both momentous structural reforms for the Indian economy in 2017. Although their implementation caused temporary hardships to many, these reforms will contribute to faster, more transparent and more inclusive economic growth into the future. As they look to 2018, the pressing challenges for Indian policymakers will be reviving domestic private investment and addressing issues with banks’ non-performing assets.