It has been a momentous year both economically and politically for Mongolia. But not in a good way. Just five years ago Mongolia was flying high. It was the world’s fastest growing economy with a wealth of resources to fuel further development, a solidly institutionalised democracy and a young population with a high standard of at least basic education. It seemed like the eternal blue sky was the limit. 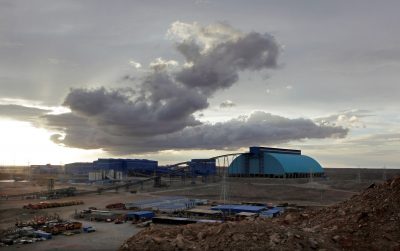 Now, revenues derived from mineral wealth have receded into the distant future due to crushing public debt brought about by the previous government’s populist spending, which leaves the new government with little room to make any decisions.

The deterioration of Mongolia’s economic outlook is partly a global phenomenon and partly home grown. Commodity prices have declined and remained low over the past few years. This decline is linked to the slowing Chinese economy — lower commodity prices have had a heavy impact due to Mongolia’s dependence on Chinese purchases of its resources. There is very little that Mongolians can do about this other than hope for a rebound of commodity prices, particularly for copper. A rebound in coal prices is looking increasingly unlikely given China’s Paris Accord commitments to reducing coal usage for energy production.

Political decisions have exacerbated the situation further. The perceived slights of foreign investment over recent years and the drawn-out (re)negotiation of the giant Oyu Tolgoi project have slowed investment to a crawl. More damaging is the profligacy following the perceived ‘easy money’ of the US$1.5 billion Chinggis Bond in late 2012, which the government primarily used for populist measures like payments to children and pensioners, infrastructure projects and subsidies for mortgages. With the exception of some of the infrastructure projects, these payments have had no sustainable investment impact.

Another political error was the sale of Russia’s stake in the Erdenet Mine to the Trade and Development Bank of Mongolia just a day before the June 29 parliamentary election. As more background emerges about the sale, it is increasingly exhibiting all the signs of a corrupt attempt at profiteering.

There have been some successes in Mongolia’s trade diplomacy. The Economic Partnership Agreement with Japan that was signed in late 2015 came into force in June 2016. It is an important milestone for Mongolia’s economic integration into East Asia. The Foreign Investment Promotion and Protection Agreement with Canada was signed in September after years of negotiation.

The most noteworthy single event of 2016 was the parliamentary election on June 29. Given the dire economic situation, it may seem unsurprising that the governing Democratic Party (DP) was roundly dismissed by the electorate. But the magnitude of the Mongolian People’s Party (MPP) victory came as a shock, taking 65 of the 76 seats available in the State Great Khural.

The run-up to the election had led to some fears about how voter frustration with the DP would be voiced. Would voters shy away from the polls? Would the voters who did vote opt for populists promising easy solutions?

Election day saw an almost 10 per cent increase in turnout compared to the last parliamentary election — 73.6 per cent up from 65.2 per cent in 2012 — and none of the noisiest populists won a seat in the new parliament. But the super-majority of the MPP was still not a rousing endorsement of the party’s platform.

First of all, their platform was short on specifics. Second, the last-minute switch to a majoritarian election system led to a very lopsided outcome in terms of seats in parliament: the MPP only won 45.7 per cent of the popular vote compared to the DP’s 35.6 per cent. Smaller parties have been almost entirely eliminated, with only one seat held by the Mongolian People’s Revolutionary Party. New Prime Minister Jargaltulgyn Erdenebat leads a government that finds itself heavily constrained by the dismal state of public finances. Few policy initiatives can be expected from this government.

While ongoing discussions with the International Monetary Fund may lead to some fiscal relief, the situation in late 2016 became more desperate after a spat with the Chinese government following on the Dalai Lama’s visit to Mongolia in late November. Beijing’s petulant reaction to anything involving the Dalai Lama — who is revered in Mongolia as the spiritual leader of Tibetan Buddhists, including Mongolians — points to the foreign policy squeeze in which Mongolia finds itself between China and Russia. Its growing mountain of debt points to the risks that resource-driven economies continue to face.

It is in this context of uncertainty that Mongolia heads into 2017 with a presidential election looming in June.

Julian Dierkes is an Associate Professor and Keidanren Chair in Japanese Research at the Institute of Asian Research, University of British Columbia. He writes on Mongolian affairs at his blog, Mongolia Focus, and on Twitter.

This article is part of an EAF special feature series on 2016 in review and the year ahead.