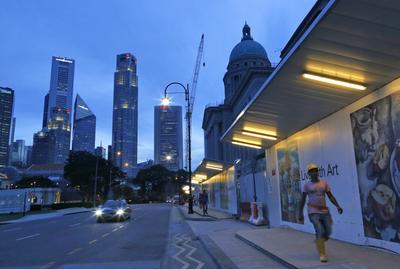 Official estimates of Singapore’s real economic growth of between 3.5 and 4 per cent for 2013 compare favourably to the IMF’s World Economic Outlook of October 2013, which showed an average growth rate of 1.25 per cent for developed economies and 5 per cent for developing economies. Unemployment remains low at about 2 per cent and job openings continue to outnumber job seekers. Meanwhile, inflation eased relative to previous years and is expected to be in the range of 1.5 to 2 per cent for 2013. Singapore’s attempts to find new growth niches also had some success this past year as evidenced by its new role as an offshore renminbi clearing centre.

Yet in affluent and rapidly ageing Singapore, the impact of raw growth on quality-of-life concerns is increasingly limited. The concerns of the population are nuanced and require the fruits of growth to be channelled towards specific social outcomes. These concerns include relative poverty; access, equity and affordability in healthcare; and retirement income provision. Consistent with similarly situated countries, the Singaporean public desire higher quality urban amenities, especially in public transport and recreation spaces, and meaningful participation in issues affecting them. Yet policymakers continue to respond to these desires by slightly tinkering existing philosophies, policies and programmes, even when there is a strong case for more substantive reforms.

A report published in early 2013 found a continued rising trend of uneven income distribution. The unadjusted GINI coefficient for wage income stood at 0.47, and just under 0.46 after government transfers and taxes. However, the figure is likely to be higher if capital income, which is more unevenly distributed, is included. With rising public concerns about relative poverty, the need to improve the living standards of low-income households necessitated a government response. The 2013 Budget subsequently introduced minor changes to income rebates for lower income households and higher marginal tax rates on higher-valued properties. Yet the marginal nature of these measures means they are unlikely to have a significant impact on income inequalities.

To deal with concerns over access and equity in healthcare, policymakers plan to change the basic catastrophic health insurance scheme — MediShield — from covering only select groups to a universal scheme. But this transformed scheme will continue to be based on commercial principles, including premiums that increase with age and that cost more for females than males.

The government is expected to announce the details of this policy by 2015, in time for the next (anticipated) general election. Key issues that need consideration include the scope of coverage; increasing the share of insurance benefits as a percentage of total hospital bills and medical event costs under various probable conditions; premium schedules; and the nature of assistance to those unable to pay premiums. A rethink of the current tendency to use basic socio-economic information as a tactical instrument to manage and mitigate social and political dissatisfaction rather than as a public good should also be up for discussion, as it would improve transparency.

The basic MediShield programme will also need to be coordinated with supplementary programmes that provide greater benefits, calibrated to manage the increase in demand that is expected to occur, and with an expansion in the supply of healthcare facilities in order to address its intended aims.

As with healthcare access, concerns about rising inequalities and perceptions of diminished prospects for upward mobility have been met with relatively minor changes in existing policies. Notably, the government has decided against defining a poverty line even though circumstances suggest a need to not only define such a line but to design policies addressing relative rather than absolute poverty.

The implications are noticeable in the area of retirement income security. The existing Central Provident Fund (CPF) system is based on direct-contributions, which implies that individuals and households implicitly bear macroeconomic, longevity and inflation risks. It was intended to alleviate absolute poverty and does little to combat relative poverty.

A willingness on the part of the government to make substantive inroads against relative poverty could be signalled by initiating a non-contributory, budget-financed but means-tested basic social pension to work alongside the CPF system. Estimates by fiscal economists suggest that such an arrangement is unlikely to be a heavy burden on the fiscal budget: assuming benefit levels at 20 per cent of the annual median wage income with universal coverage, the cost is expected to be less than 2 per cent of GDP. Fiscal surpluses averaging 6.2 per cent of GDP over 2000–13 suggest there is ample fiscal space available for such an initiative.

Singapore’s location-based growth strategy has also come under scrutiny. The strategy rests on policies that include keeping the wage share of income below capital’s share at around 42 per cent of national income; relying extensively on foreign workers at both low- and high-skill levels; and giving greater weight to commercial concerns over the provision of social amenities. The perception that the current balance is too heavily tilted towards commercial concerns seems to be contributing to a call for full public ownership and management of Singapore’s Mass Rapid Transit (MRT) system. The bus drivers’ strike of 2012 and the recent riot by foreign workers also suggest that a shift towards greater fairness and distributive equity should be considered.

Politically, Singapore’s policymakers will be increasingly required to continue their current business-location growth strategy while meeting the expectations of an affluent and rapidly-ageing society. Singapore’s citizenry increasingly expects equitable as well as raw growth, and broad ranging welfare and public good provisions.

This article is a part of an EAF special feature series on 2013 in review and the year ahead.