While China is having extraordinary success in internationalising higher education, progress mostly driven by a state-led agenda and a top-down approach is limited by the subordination of academic and educational interests to political ones. When China launched its world-class universities initiatives in the mid-1990s, it pledged to raise Chinese universities to a first-rate standing. China sees internationalisation as an effective tool to boost its success in aspects such as fostering publications in reputable English-language journals, recruiting international students to study in Chinese universities and attracting global talent through various ‘brain gain’ schemes. 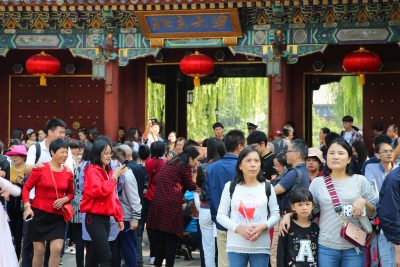 Chinese academics, for instance, were able to receive a bonus of up to US$85,000 for publishing a paper in top Science Citation Index (SCI)-listed global journals. China’s annual output of papers published in SCI journals soared from 120,000 in 2009 to 450,000 in 2019 as a result. Chinese education authorities also count an international student as equivalent to three domestic ones and allocate funding accordingly, while international students are often awarded handsome scholarships valued at 10 times as much as those for their Chinese peers. There are 84 national and 639 local talent schemes, many of which aim to recruit global talent — especially expatriate Chinese scholars.

Chinese universities are performing remarkably well in global rankings thanks to these efforts — with some 50 now regularly included in global league tables.

This success does not come without dilemmas. With an increasingly globalised higher education sector, China is still witnessing an ever-rising ‘study abroad fever’ among Chinese students. China is now the top source of international students in the world. In 2019, over 600,000 Chinese students chose to study abroad. And with the US–China trade war escalating, China is realising that a domestic deficiency in innovation is a key shortcoming in the competition for higher education. China’s massive SCI paper outputs do not actually support an effective system of innovation, instead producing only the appearance of academic prosperity.

The Chinese government released an order in mid-February 2020 that banned the practice of paying researchers bonuses for publishing in SCI journals ‘to cut perverse incentives that encourage scientists to publish lots of papers rather than focus on high-impact work’ in response. Chinese universities are also being urged to tighten criteria for recruiting international students and to no longer use international student enrolment as a performance indicator.

The US position that China poses a ‘whole-of-society-threat’, which tends to view every Chinese student and scholar as a potential spy, is increasingly rendering China’s talent schemes ineffective in the West. Other components in the internationalisation of Chinese higher education are also deemed political, such as the Confucius Institutes program and the educational activities embedded in the Belt and Road Initiative. In particular, Confucius Institutes are increasingly viewed as a Chinese tool for expanding soft power and nearly 50 of these facilities have been closed in the West since the mid-2010s.

COVID-19 and the resulting economic downturn will curb the number of Chinese students studying abroad. 964 million Chinese are disclosed to have monthly incomes of no more than 2000 RMB (US$282). The slowed economy will weaken Chinese families’ financial capacity to send their children abroad. COVID-19 itself poses both a significant safety risk and barrier to access. These developments might render China a less robust player in international education.

China seems to be making efforts to offset the downgrading of its role in internationalisation. One example is the Hainan Free Trade Port initiative. The Chinese government released a masterplan on 1 June 2020 detailing its goal to transform the southern island province into a global free trade hub by 2050. The master plan invites foreign science and technology universities, as well as vocational colleges, to establish stand-alone offshore campuses in Hainan. In any other part of China, an offshore campus must be in partnership with a Chinese counterpart.

On 18 June 2020, China’s Ministry of Education with several other central ministries announced a plan to deepen international cooperation and further open up the Chinese education sector. It focuses on nurturing high-calibre talent and pupils with global vision and competency.

While these policy initiatives might create new opportunities for internationalisation in Chinese higher education, they still carry significant flaws and contradictions.

When the Programme for International Student Assessment (PISA) launched a global competence assessment in 2018 — that assesses students’ capacity to examine local, global and intercultural issues — the Chinese government chose not to participate. This is despite the fact that Chinese students routinely excel in PISA tests.

A controlled approach to internationalising China’s higher education sector is not sustainable — particularly in the current climate. A genuinely meaningful internationalisation of Chinese higher education must contribute to overcoming the limits embedded in the patterns of ‘Chinese Learning as Substance, Western Learning for Application’, moving beyond another ‘Self-Strengthening Movement’, and redefining the process of globalisation towards a ‘globalisation from below’ through transferring knowledge and understanding at the local level across the world.

Qiang Zha is Associate Professor at the Faculty of Education, York University, Toronto.