India’s renewable energy sector has experienced a dream run. A rapid decline in tariffs ensured that new projects were deployed at a compound annual growth rate of nearly 18 per cent over the last five years. In the last three years, renewable capacity addition surpassed fossil-fuel based installations. The share of non-fossil-based capacity in India’s electricity mix is now 37.7 per cent — just 2.3 per cent short of India’s national contribution target for 2030. Even as the COVID-19 pandemic hit the country in March 2020, the renewable energy sector showed resilience and continues to attract new investment. 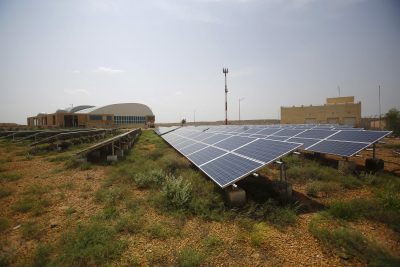 Cost-effectively integrating variable renewable energy has become a global challenge. To solve this problem and reach the goal of having 450 GW of renewable energy by 2030, India is betting on two key trends — increased benefits of hybrid renewable energy projects and a decrease in capital costs for solar modules, wind turbines and energy storage systems.

In 2020, India concluded two innovative bids. In the first one, developers will set up two projects of 900 MW and 300 MW with a minimum energy storage capacity of 450 MWh and 150 MWh respectively. The developers need to ensure a minimum supply equivalent to half of their contracted capacity for six hours during morning and evening peak hours. In the second one, for ‘round-the-clock’ renewable energy, the developer must maintain minimum capacity utilisation factors of 70 per cent monthly and 80 per cent annually.

Projects like these are the first steps towards dispatchable renewable energy power and offer stiff competition to thermal power. The first auction will ensure that peak power is supplied at Rs 6.12/kWh (US 8.2 cents/kWh) and the second auction discovered a levelised cost of Rs 3.60/unit (US 4.8 cents/kWh). These projects signal innovation in the procurement process.

India must evolve its electricity markets to ensure that flexibility in the current system is harnessed at lower costs. Distribution utilities in some states are now exploring demand-side flexibility to meet the peak load and match supply-side variations. Since 2012, India has conducted commercial and industrial demand response pilot programs. Estimates suggest that if similar projects were deployed in the commercial and industrial sectors across India, the country’s peak electricity demand could decrease by 7.5 GW or 5 per cent of total peak demand. Shifting this demand to match renewable energy generation can reduce grid integration costs.

For instance, the Council on Energy, Environment and Water (CEEW) is implementing pilot programs to demonstrate the techno-economic feasibility of agricultural solar micro-grids and the role of solar urban microgrids with battery storage. A distribution utility is testing the integration of EV chargers with rooftop solar. Decentralised community cooling hubs are being deployed to meet the essential cold storage needs of farmers and rural health centres. Kitchen waste is being converted into compressed biogas for transportation. Agriculture residues are already being used to replace coal to meet the industrial steam demand.

According to CEEW’s latest report, 1.3 million full-time jobs would be created if India achieved 160 GW of large-scale solar and wind by 2022. 20 GW of micro-grid projects would generate around 110,000 skilled and unskilled jobs and every 4 GW of new rooftop solar would create 50,000 jobs. These systems can provide local, clean, reliable and affordable energy to consumers, and offset emissions in the supply chains of goods.

But new and legacy challenges of India’s power sector are impeding renewable energy growth. The COVID-19 pandemic has exacerbated these issues that may slow down the renewable energy momentum.

First, financially distressed power distribution companies and bulk buyers of electricity have avoided purchasing new and expensive power. At the same time, they have made it difficult for their large consumers to shift to cheaper sources of renewable energy, confining the size, scale and impact of power markets.

Third, interest rates in Indian financial markets of around 10 to 14 per cent adversely affect renewable energy where the investments are front-loaded.

Finally, frequent or retrospective amendments to state policies and regulations, inadequate grid infrastructure, inefficiencies in operations and weak institutions have affected utility-scale and decentralised renewable energy as well as the overall power reliability, cost-effectiveness and quality of services to consumers.

Some key initiatives like the roll out of new technologies such as smart meters and blockchain, the redrafting of laws and regulations, the redesigning of institutions and incentivising domestic manufacturing are preparing India for the future while also addressing existing challenges in the electricity sector. Demand for electricity is expected to increase significantly over the next decade, improving the prospects for scaling up these solutions. Long-term planning, clear policy signals and strict compliance will attract investors to bet on India’s energy transition.