The government of Mongolia has been implementing the IMF’s three-year arrangement under the Extended Fund Facility since May 2017. The government’s program aims to stabilise the economy, reduce the fiscal deficit and debt, rebuild foreign exchange reserves, introduce measures to mitigate the boom-bust cycle, and promote sustainable and inclusive growth. 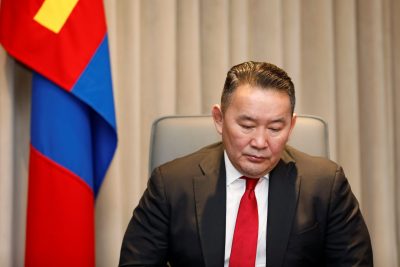 Mongolia has made progress in strengthening its economy under this program. Since 2016, the economy has experienced a sharp recovery in real GDP growth, mainly driven by stronger volumes and advantageous prices of coal and copper, a high foreign direct investment (FDI) inflow for the second phase of the Oyu Tolgoi copper and gold mine, and a recovery in domestic confidence.

As a result of the strong growth in exports and FDI, gross foreign-exchange reserves increased 3.5 times, reaching US$3.8 billion. Due to booming tax revenues and relatively contained expenditures, the fiscal balance has improved and public debt has fallen to 75 per cent of GDP. In the first quarter of 2019, year-on-year GDP growth was 8.6 per cent and the inflation rate has been stable at around its target of 8 per cent.

The banking sector continues to be of concern for financial stability. As the banking system constitutes over 90 per cent of the financial sector, it is important to raise banks’ loss absorption capacities, particularly through strong capital bases and adequate supervision. To this end, the Bank of Mongolia (BOM) conducted an extensive asset quality review (AQR) of all of the country’s commercial banks, per the European Central Bank’s guidelines, to determine the overall health of the banking system. The results of the AQR led the BOM to develop important regulations relating to risk-based supervision, capital adequacy and asset impairment. Running a follow-up to the AQR is the top near-term priority in the financial sector.

Recently, the BOM has taken measures to tighten monetary and macroprudential policies. Consumer credit growth has been too fast, rising 55 per cent in 2018. Its impact on the balance of payments puts upward pressure on the exchange rate and limits progress in reserve accumulation. The sharp increase in household debt has also raised concerns about its sustainability and possible risks for the banking sector.

In response, the BOM tightened the policy rate to 11 per cent in December 2018, and in January 2019 introduced a debt service-to-income limit of 60 per cent and a consumer credit maturity limit of 36 months. The hike in the policy rate and tightening of macroprudential ratios have started to decelerate household credit growth and will help to protect households from unsustainable debt burdens. The BOM is currently working to introduce more comprehensive prudential tools, which can better ameliorate the destabilising impacts of large-scale financial flows, credit concentration and financial dollarisation.

Though the economy is in a stronger position, the benefits of the economic recovery have not been shared widely. Since 2016, the poverty rate has fallen by only 1.2 percentage points to a still high 27.4 per cent last year. Real GNI per capita in domestic currency terms has not grown since 2014 and in US dollar terms it has been sharply decreasing since 2013. This is evidence of important domestic distribution of income issues in the sense that very few residents are benefitting from the mining sector and a significant amount of the revenues generated from the country’s high GDP growth are paid back to non-residents. Considering this fact, it is important to ensure that the return of economic dynamism benefits all of Mongolia’s citizens.

The outlook for the Mongolian economy is relatively strong but it remains vulnerable to external and internal shocks. Mongolia’s narrow economic base — 90 per cent of the country’s exports are minerals and more than 50 per cent of FDI is in the Oyu Tolgoi mine project— makes it highly exposed to changes in external conditions. Almost 50 per cent of business cycle fluctuations in Mongolia are driven by external shocks such as in FDI, global commodity prices, commodity demand and Chinese growth shocks. The short periods of domestic upswing that are driven by positive changes in global commodities demand are nevertheless limiting opportunities to achieve more sustainable growth.

As adverse external shocks hit the economy, monetary policy is loosened and purpose-built budget spending is deployed, but government debts inevitably increase. What’s more, pressure on the balance of payments has resulted in substantial exchange rate depreciation, loss of foreign-exchange reserves and a deterioration in the climate for FDI.

Accumulating sufficient buffers is the key to building resilience against these shocks and ensuring strong and inclusive growth. At present, however, the balance sheets in key sectors of the economy — government, the central bank, households, banks and companies — are not strong enough and are vulnerable to exchange rate shocks. Given the challenges, it is important to take advantage of the current favourable economic environment to continue building fiscal and foreign-exchange reserve buffers, strengthening the financial sector, improving the investment environment, and pursuing sound macroeconomic and structural policies.

Dr Gan-Ochir Doojav is Chief Economist and Member of the Board of Directors of the Bank of Mongolia.