The first year of Philippine President Rodrigo Duterte’s administration was marked by sustained GDP growth of 6.7 per cent — above average for ASEAN countries. This growth was supported by higher government spending in economic and social fields as well as by an increase in infrastructure spending to 5.6 per cent of GDP, as compared with less than 3 per cent under the previous administration. 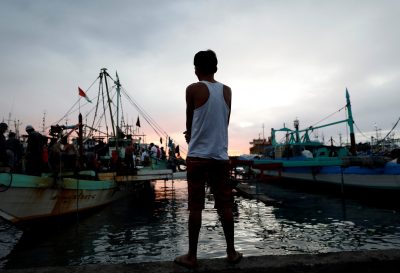 Based on the latest official figures from the Philippine Statistics Authority, a 2015 survey reported poverty to be slightly reduced at 21.6 per cent. Much of the poverty in rural areas is due to low productivity and to large families. Prolonged agrarian reform has not seemed to help, so strategic investment in the rural sector is needed to improve its productivity and ability to process agricultural produce or add value.

To encourage innovation, the government is partnering with leading private sector companies and aggressively promoting micro, small and medium enterprises, which comprise about 98 per cent of registered enterprises in the country.

Duterte’s administration is introducing tax reform in phases. Phase one included the reduction of the income tax rate at the middle-income level to 25 per cent. This phase also applied excise taxes on a number of items such as fuel, cars and sugary drinks and it limited the types of transactions that are exempt from value-added tax. The reforms’ estimated yield of 90 billion Philippine pesos (US$1.8 billion) was short of initial expectations of 130 billion pesos (US$2.6 billion). Revenues of the reform were reduced by populist measures such as the removal of irrigation fees and the provision of free tuition in state colleges and universities. Four more tax packages will be introduced in 2018 in order to support the administration’s ‘Build, Build, Build’ infrastructure program.

Inflation has been estimated at 1 per cent. Fuel and food prices are increasing with the exception of rice due to the liberalisation of imports. While external factors may also increase inflation, authorities are capping the inflation rate at 4 per cent until 2022.

Overall, GDP growth in 2018 is expected to be higher than in 2017: some estimates have it from 6.8–7 per cent. Looking ahead, the government plans to open up the economy to foreign investment by amending the Constitution. In the meantime, it is opening more economic zones with positive tax incentives.

In May, a local terrorist group (aided by the so-called Islamic State) laid siege to Marawi, a city on the island of Mindanao. Police and military intelligence agencies did not notice preparations for the attack, despite it evidently being long in the making. The ensuing battle was long and resulted in the destruction of the city. Duterte proclaimed martial law covering all of Mindanao in accordance with the Constitution and with the concurrence of a joint session of the Congress (which was further reviewed by the Supreme Court). Martial law is still being enforced in Mindanao.

The President is campaigning for the passage of the Bangsamoro Basic Law for Muslims in Mindanao and also for a revision of the Constitution to create a federal system of government. While no concrete plans have been presented to the Congress yet, resource allocations for the federal states would likely be similar to the amount presently being distributed since very few of these states would be self-supporting.

On the foreign affairs front, the President was faced with the situation in the South China Sea. Rather than pursue a solely legal approach to the stalemate between the Philippines and China, he chose to hold high-level talks to normalise relations in trade, tourism and fishing. Talks have resulted in China offering development assistance in a number of areas such as for railroads, drug rehabilitation, disaster assistance and infrastructure. ASEAN and China are also negotiating a Code of Conduct in the South China Sea.

Surveys show that President Duterte continues to enjoy high support. He continues to pursue his drive against drugs, crime and corruption while his cabinet members take care of their respective portfolios.

Cesar Virata is Principal of C. Virata & Associates and former prime minister of the Philippines.