Japan’s decision to build 22 new coal-fired power plants makes it an outlier among G7 nations who are moving away from coal. Japan’s coal power plants will exacerbate climate change, which is already predicted to severely impact Japan. 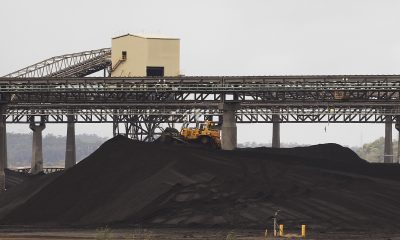 Japan’s coal problem is not new but it took on a new dimension after the March 2011 triple disaster in northeast Japan including the meltdown of the Fukushima Daiichi nuclear powerplant. Subsequently, after updating its nuclear safety regulations Japan has struggled to bring nuclear power plants back online, presenting a challenge to its stated goal of having nuclear power make up 20–22 per cent of its electricity generation by 2030.

With nuclear power accounting for as little as 6 per cent of Japan’s electricity supply in 2018, coal has swooped in to fill the gap. Coal’s share of electricity generation reached 32 per cent in 2015 and remained unchanged in 2018. This is 6 per cent higher than the 26 per cent target envisaged in Japan’s 2030 National Energy Plan.

Japan’s reliance on coal threatens to undermine its Intended Nationally Determined Contribution (INDC) to international climate change mitigation efforts under the United Nations Framework Convention on Climate Change. This is despite the fact that Japan’s INDC has already been labelled ‘highly insufficient’ by climate science and policy institutes. Even the Japanese Ministry of Environment admitted that Japan needs to make greater efforts to reduce its greenhouse gas emissions.

Japan’s coal policy and its failure to take action has drawn international criticism. Japan was denied the chance to speak at the UN Climate Action Summit in September 2019. The country also received the unflattering ‘Fossil of the Day Award’ twice during the 2019 UN Climate Change Conference in Madrid.

On top of this, Japan’s decision to build more coal power plants threatens Japan itself. Coal is the single biggest cause of man-made climate change. And Japan is moving up the ranks of countries experiencing severe effects from climate change. The 2018 heat wave that killed more than 1500 people is a telling example, with scientists concluding that it ‘could not have happened without human-induced global warming’. The Global Climate Risk Index 2020 looking at losses and fatalities stemming directly from extreme weather events ranked Japan as the most affected country in 2018.

The Abe government’s relentless pursuit of coal and gas despite its dangerous consequences has led Trevor Incerti and Phillip Y Lipscy to argue that Abe has initiated a ‘return to traditional LDP energy policymaking’ which entails a ‘prioritisation of economic growth over environmental issues’. This short-term prioritisation of the economy is certain to be a detrimental choice in the long run.

This is not the first time Japan has faced a choice between economic growth and the environment. During the Cold War, Japan’s impressive economic growth came at a heavy price for the environment. By the 1960s, Japan had become one of the most polluted countries in the world. But progressives in Japan responded resolutely by forming citizens’ movements and organising grassroots protests against the government and the polluters it empowered.

In 1970, Japan’s leading progressive newspaper — the Asahi Shimbun — ran an 18-part series titled ‘Kutabare GNP’ (‘to hell with GNP’), which problematised Japan’s obsession with economic growth at the expense of other social concerns. In particular, pollution and environmental degradation were the major targets of this media campaign. Progressive pressure eventually paid off as the government acquiesced and passed some of the ‘toughest antipollution legislation in the world’.

Climate change today constitutes the greatest environmental challenge yet. But this challenge has come at a time when the growth-obsessed ‘Abenomics’ economic policy dominates Japanese politics. Progressives have been reduced to a mere shadow of their former selves. Today, there are very few in Japan who want or dare to question the prioritisation of GNP even though a turn towards more long-term sustainable development is more important than ever.

While the Fukushima disaster engendered a strong anti-nuclear movement in Japan, these potential change agents are not pushing the government for stronger climate action.. As long as Japan’s nuclear power lies idle, the Abe government is unlikely to face much domestic protest over its coal policy. Student activism is also largely absent with limited Japanese participation in the 2019 global climate strikes that drew millions of students in other countries.

The silver lining is that some key players in Japan have chosen to act independently of the Abe government. Cities like Tokyo have pledged to become carbon neutral by the middle of the century. Fukushima prefecture has embarked on a transition to 100 per cent renewable energy generation. Recently, over 100 Japanese companies, local governments, research institutions and NGOs joined hands to create the Japan Climate Initiative to drive climate action in Japan.

Florentine Koppenborg is a postdoctoral fellow at the Chair for Environmental and Climate Policy, the School of Governance, Technical University Munich.

Ulv Hanssen is a lecturer in the Faculty of Law at Soka University.