Governments around the world have been borrowing money during the COVID-19 crisis to fund programs to protect vulnerable citizens. Additional debt is deemed acceptable because problems are not directly related to unsound economic policies but to a pandemic beyond government control. Yet sound policies matter more than ever. 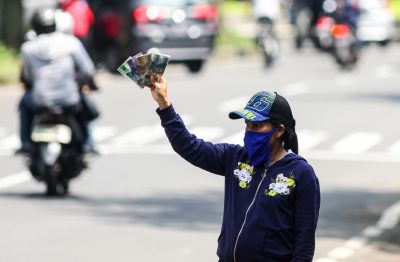 Prudent financial policies encourage creditors to buy debts in regular markets at reasonable rates. Tax financing is an undesirable alternative because it burdens the domestic economy and deepens the crisis.

Indonesia has prudently managed its financial resources, which helps Jakarta cope with the crisis. In the 23 years since the Asian Financial Crisis (AFC) in 1997, Indonesia kept its average fiscal deficit at only 1.64 per cent of GDP. 2020 will be the first year the deficit exceeds the legal threshold of 3 per cent. President Joko Widodo expects a 6.34 per cent deficit but fiscal discipline shall return. The new Regulation in Lieu of Law (Perppu) No.1/2020 — now a law — mandates bringing the deficit back to under 3 per cent by 2023.

The launch of the National Economic Recovery program in May worth US$49 billion will bring the total deficit to US$73.4 billion in 2020. New debt levels between 33.4–37.6 per cent of GDP are far below a generally accepted international threshold of 60 per cent. But 80 per cent of Indonesia’s debt is financed through securities, which have high costs by international standards. Indonesian 10-year government bonds have yielded above 7 per cent since the crisis began. Servicing these costly debts will take 17 to 18 per cent of the national budget and reduces fiscal capacity for economic recovery.

Indonesia has been lauded for its prudent fiscal management. In May 2020, The Economist ranked Indonesia’s financial safety among the top 20 of 66 emerging markets. All major rating agencies kept Indonesia’s sovereign credit rating on investment grade. Borrowing from the ADB, AIIB and the World Bank meant the government could avoid looking for help from the IMF, a traumatic experience during the AFC. Prudent fiscal policies have indeed paid off.

It looks different on the expenditure side. It is commendable that Indonesia does not borrow to bail out companies, which it did during the AFC. It is also noteworthy that three-quarters of the deficit derives from reduced tax revenues and tax breaks. Bringing down corporate income tax from 25 to 22 per cent, deferred tax payments and tax exemptions reduce the burden on companies that are already short on liquidity.

Only one-quarter goes into government expenditures and 30 per cent of the available funds are used to support poor and vulnerable households. This was immediately necessary but cannot outweigh the costs of paternalistic policies.

Since the poor spend half their income on food, bringing down food prices from levels twice or three times above world markets would have been more beneficial than food subsidies. Relaxing food import restrictions could help lower these prices. After import requirements for brown onions and garlic were dropped at the beginning of 2020, prices decreased but procedures were soon re-introduced at the end of May. The Center for Indonesian Policy Studies found that subsidies did increase food intake but high prices, partly due to food trade restrictions, reduced their effectiveness.

Indonesia’s healthcare system is in such bad shape that by 21 July, only 4515 in one million Indonesians had been tested for COVID-19. This puts Indonesia at position 163 in the world with regards to testing. 13 per cent of the national recovery funds are being directed towards upgrading Indonesia’s healthcare capacities, which is urgently needed. Yet money could have been saved had Indonesia opened the country for foreign investment in the domestic healthcare sector and worked on long-term healthcare solutions.

Another vulnerable spot is the government’s reliance on state-owned enterprises (SOEs). The OECD calculated that, except for China, Indonesia’s economy has the most pervasive presence of SOEs. The National Economic Recovery program allocated more than US$10.5 billion for SOEs, which had accumulated debts of US$98 billion by September 2019.

Pertamina, for example, has to repay US$2.5 billion and Garuda US$500 million in 2020. The government is providing Garuda Airlines with US$587 million, PT Krakatau Steel with US$207 million and state logistics company Bulog with US$898 million. Accelerated compensation payments will go to state-owned oil giant Pertamina (US$3.33 billion) and electricity company PLN (US$3.15 billion).

Sound economic policies would have helped prepare Indonesia for the current crisis. Indonesia’s economic openness has improved over the last 10 years and it now ranks 68th among 157 countries in the world. But further improvements rely on sound economic policies in market access and infrastructure, investment environment, enterprise conditions and the governance system. The government is sending the right signals. It plans to pass investment-friendly legislation and to ease foreign investors’ access to the Indonesian economy.

The lesson learned from this crisis is that fiscal prudence has served Indonesia well but paternalistic policies shackle the economy. Vulnerable Indonesians needed immediate support, but money could have been saved if Indonesia had pursued sound economic policies that opened the country to investments. Moving forward, substantial reforms are needed for a quick and robust recovery.