Thailand has been internationally praised for avoiding a COVID-19 disaster. Despite recording the first case of the virus outside of China on 13 January 2020, Thailand managed to avoid its first death until almost seven weeks later. Its peak of new daily COVID-19 cases was 188 in late March — a low figure compared to many Western countries. 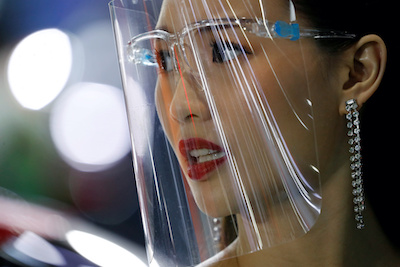 But it is unclear why Thailand has done better than other countries. It could be due to genetic factors, the widespread use of face masks or the Thai culture of greeting others with a wai (bow with palms pressed together) instead of an embrace or handshake. Or perhaps government data is simply understating the scale of the problem.

There is a lot of suspicion about Thailand’s officially reported number of cases, especially because of the way that infections are counted. While total cases are below 3500, Thailand has had more than 300,000 people under surveillance as potential carriers. Some studies show that the presence of COVID-19 antibodies among medical personnel and the general population is higher than what has been officially reported.

Another issue is how many tests Thailand performs each day. Thailand’s testing rate sits at only 0.03 tests per thousand people, a relatively low figure compared to other developing countries such as India and Vietnam.

Thailand’s success story would not have been possible without the continued state of emergency, a nationwide nightly curfew, lockdown rules, border restrictions and school closures. Yet all these measures have come at the expense of the economy.

The Thai economy has been the hardest hit among ASEAN countries and is estimated to contract by 6.5 per cent in 2020. The outlook for the Thai economy was already poor before the pandemic. While the country has posted modest growth of around 4 per cent every year, the poverty rate rose from 7.2 per cent in 2015 to 9.8 per cent in 2018, increasing the number of people living below the national poverty line to over 6.7 million.

Yet policymakers do not face a straightforward trade-off between pandemic control and the economy, which would likely shrink during the pandemic regardless of domestic policy. With the Thai economy heavily reliant on tourism and other exports, a downturn may not have been avoided even in the absence of COVID-19 restrictions.

Independent of economic considerations, the public health challenge Thailand faces is highlighted by data on excess mortality from COVID-19. Excess mortality is the difference between deaths from all other causes during the pandemic and deaths that we would expect to see in the absence of the pandemic.

Use of the excess mortality metric addresses concerns that deaths caused by COVID-19 might be underestimated by only looking at the number of direct deaths.

The number of COVID-19-related deaths could have been miscounted as a result of misdiagnosis or under-reporting, especially at the beginning of the pandemic when knowledge about the disease was limited. The death toll from COVID-19 is potentially more than 50 per cent higher than reported in some countries.

But statistics on excess mortality are only available in a few countries because they require accurate, high-frequency data. Thailand’s mortality data is taken from the Bureau of Registration Administration. The average number of deaths from all other causes in the weeks during the outbreak is higher than those in the same period between 2009 and 2019.

Excess deaths far outnumber the death toll announced by the government. There have been about 13,000 excess deaths since the start of March, about 8.5 per cent higher than normal. Thailand’s 58 reported COVID-19 fatalities are only 0.45 per cent of total excess deaths — spectacularly low compared to countries like the United Kingdom, Italy and France. But there is some variation in calculating excess deaths. There are excess deaths measured against the historical average and excess deaths that are not attributed to COVID-19. Since deaths from COVID-19 in Thailand are low, there is no significant difference between these two measures.

Why does Thailand show excess mortality? During the pandemic, excess mortality results from hospitals having to prioritise patients with COVID-19 and the postponement of non-emergency healthcare. COVIDSurg Collaborative researchers estimate that over 28 million operations were cancelled or postponed in 190 countries during the 12 weeks of peak disruption.

Are these dynamics present in Thailand? Excess deaths in Thailand may stem from hospital overload. One of the largest and best equipped hospitals in Thailand has been forced to limit the number of daily outpatients. While there is nothing wrong with resource reallocation during the pandemic, there is a cost for every decision.

Public health measures to reduce the transmission have also impacted working parents, patients with chronic diseases and those with occupations affected by lockdown.

It is crucial to balance the costs and benefits of policy decisions when taking action against the pandemic. More importantly, measuring success against the pandemic should go beyond recording total cases and deaths to capturing the ‘net benefit’ of policies. That is, their cost to mental health, social stability, education and excess deaths relative to their effectiveness in controlling the virus.

Wannaphong Durongkaveroj is a PhD candidate at the Arndt-Corden Department of Economics, Crawford School of Public Policy, The Australian National University.