The COVID-19 outbreak that started in China’s central Hubei province is devastating the global economy. Yet some of China’s major trading partners — Japan, Hong Kong, South Korea and Taiwan — are avoiding the high levels of infection and death that plague China’s two largest trading partners in the United States and the European Union. 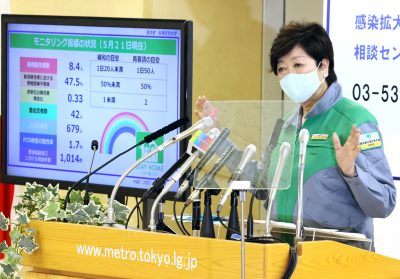 China has been more successful in containing the spread of COVID-19 than the United States and many EU member states. Singapore is also doing well, despite early exposure to the virus. The reasons why these diverse East Asian societies are slowing or stopping the spread of COVID-19 provide lessons for other countries. Observers suggest that their relative success is due to a cultural emphasis on collective interest and deference to authorities on matters of national interest.

In China, the spread of COVID-19 from a wet market with wild animals for sale demonstrates the continued challenges to China’s regulation of such food markets. Some local government officials suppressed early notification reports and COVID-19 was not officially announced until 31 December 2019.

This delay contributed to a major outbreak requiring the central government to take heavy-handed measures. China locked down Wuhan on 23 January 2020 and tried to prevent travel during Chinese New Year. Social distancing was imposed and the country’s resources were mobilised to fight the outbreak. These efforts flattened the infection growth curve by February and reduced new cases to a trickle by March.

Taiwan’s response to COVID-19 was exceptionally fast. Its experience of being shut out of the World Health Organization during SARS led to the creation of a National Health Command Center for coordinating responses to epidemics. Border controls were the centrepiece of the government’s prevention strategy. These were enforced from 31 December 2019, when airline passengers from Wuhan were tested for pneumonia. Taiwan escalated to an even higher alert level in January and direct flights from Wuhan were banned on 23 January.

The Taiwanese response was threefold. First, it involved early and increasing border stringency, with targeted passenger-testing and tracking. Second, authorities ensured adequate reserves of and widespread use of masks and protective gear. Third, the government communicated extensively to the public. Despite having 850,000 of its 24 million citizens living in China — and also hosting around 2.7 million mainland Chinese tourists annually — Taiwan has had fewer than 450 infections and just seven deaths due to COVID-19.

South Korea is at the forefront of developing technology for rapid testing, tracking and treatment after an early and massive outbreak of COVID-19. The development of medical technology was fast-tracked by emergency use authorisation, a process legalised after South Korea’s experience of the 2016 MERS epidemic.

South Korea instituted roadside testing alongside health treatment at public health centres organised at city, county and district levels. Mass testing is providing South Korea with the most comprehensive database on the epidemiology of COVID-19. This is supported by the provision of sophisticated testing, tracking and healthcare.

Hong Kong and Japan were both constrained in possible prevention measures at the outset of the pandemic. Hong Kong was not allowed to close its border with China, and the Japanese government was focussed on maintaining its prospects for hosting the 2020 Olympics. Yet Hong Kong has an exceptionally low number of cases and deaths, while Japan also has a relatively low number of confirmed cases — although there is concern this may be due to lack of reporting and testing.

There has been little communication from the Japanese government about its strategy for combatting the pandemic. But it does encourage voluntary social distancing and working from home while rolling out economic stimulus without any lockdown. Citizens also voluntarily adopted the use of masks.

The top-down system of democracy in Singapore afforded its government a free hand and immediate access to all the resources needed to deal with the pandemic. It had initial success in containing COVID-19 through border controls, testing, and by mandating wearing masks — though a second wave of infections recently hit poor migrant workers living in cramped dormitories.

Most East Asian societies imposed a more nuanced and technical solution than lockdown to fight COVID-19. The exceptions are China — which was forced into a regional lockdown — and Singapore, after it experienced a second wave. But the best results were obtained by Taiwan, Hong Kong and South Korea after they implemented the three T’s — testing, tracing and treatment.

But contact tracing must be weighed against privacy concerns, so debate about surveillance and public safety is needed. The treatment of infected people depends on the availability of quarantine facilities and protocols, in addition to healthcare infrastructure.

The common element was a strong sense of vigilance in civil society. Collectivist norms contributed to the widespread practice of wearing masks and compliance with social distancing regulations to ensure the safety of others. These may have been East Asia’s secret weapon in preventing the spread of COVID-19.

Chan-Hoong Leong is Associate Professor at the Centre for Applied Research, Singapore University of Social Sciences.

Sylvia Xiaohua Chen is Professor at the Department of Applied Social Sciences and Associate Dean of Faculty of Health and Social Sciences, Hong Kong Polytechnic University.

Hoon-Seok Choi is Professor at the Department of Psychology, Sungkyunkwan University.

Susumu Yamaguchi is Professor Emeritus at the Graduate School of Humanities and Sociology, The University of Tokyo.

Yumi Inoue is Senior Lecturer at the Department of Japanese Studies, The Chinese University of Hong Kong.

This article appears in the most recent edition of East Asia Forum Quarterly, ‘Immunising Asia’, Vol. 12 No. 2.