Yet again, the Australian election timetable is disastrous as it relates to key foreign policy gatherings in the region. If the Australian Labor Party (ALP) is successful in the 18 May federal election, incoming prime minister Bill Shorten and his cabinet will be thrown straight into the deep end with crucial, tightly successive regional summits in June. If Scott Morrison’s Coalition is re-elected, it will face many of the same timing issues. 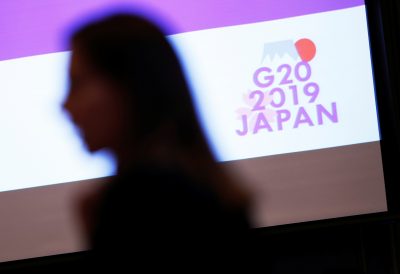 From 8–9 June, the G20 Finance Ministers and Central Bank Governors meeting will be held under Japan’s presidency. Thailand will then host the ASEAN summit and the East Asia Summit (EAS) later that month. Immediately afterwards, Japan will host the G20 Summit from 28–29 June. Australia faces three major problems in its uphill battle for influence at these meetings.

The first is that Australia will not have the impact that it needs to because of the national leadership churn. During the 2010 Toronto G20, then deputy prime minister Wayne Swan attended due to the Rudd–Gillard prime ministerial spill. During the 2013 Saint Petersburg G20, election disruptions meant sending then foreign minister Bob Carr. And in Australia’s own 2014 Brisbane summit, then prime minister Tony Abbott hosted, but appeared unprepared. Prime Minister Scott Morrison was similarly unprepared for the 2018 Buenos Aires G20, having just replaced Malcolm Turnbull before the meeting.

No white paper can protect Australia from the reputational damage of constantly turning over prime ministers. Worse than being a laughing stock, Australia is being ignored as the region moves on. Current polls suggest another turn-over is likely in this month’s federal election. The image of German Chancellor Angela Merkel barely concealing her boredom with meeting her fifth Australian leader in five years during the last G20 Summit spoke volumes.

The second problem is that the resources to maintain key relationships in Asia have flatlined over the last five federal budgets. These relationships need careful handling and attention that require proper focus, investment and resources directed at or through the foreign affairs portfolio. Australia’s aid budget contribution to Asia has also sunk to new lows.

Maintaining sustained relationships between leaders, especially with key partners such as the United States and China, are crucial in deepening state relationships and building trust. As acknowledged during the recent Australian party leaders’ debate, the US–China trade wars will adversely impact the Australian economy and weaken the trading system built by the World Trade Organization (WTO). In uncertain times, Australia’s balancing act between China and the United States is especially important.

This presents the third problem: the upcoming summits are likely to be frontlines for extremely difficult negotiations. IMF Managing Director Christine Lagarde said recently that the global economy is ‘at a delicate moment’, citing the trade war, high debt levels among emerging economies and a disorderly British exit from the European Union.

In November 2018, Australian G20 Sherpa David Gruen gave a speech on the G20’s value to Australia in combatting the international challenges which affect Australians. International consensus on key issues has ‘fractured’, he argues. The issues discussed at these summits are gamechangers for Australia’s future, even if the outcomes do not always appear clear.

If the ALP wins the election, the G20 will be an important forum in which to pursue its corporate tax reforms. As Gruen notes, the debate over multinational corporate tax is becoming a core G20 issue, especially given that digital companies such as Google and Facebook have grown more powerful than ever.

Prime Minister Morrison has already written to G20 Chair and Japanese Prime Minister Shinzo Abe about his intention to raise regulating social media at the G20 (if his Coalition retains government) in light of the 15 March Christchurch massacre.

Big ideas often debut at the G20. Abe announced in January that he wants G20 leaders to kick off a WTO ‘Osaka Track’ to develop multilateral rules governing cross-border data flows. He will push to govern the use and protection of corporate data as it flows across borders. Australia should not disengage from this, leaving itself outside of designing such regimes.

Japan’s G20 priorities include promoting free trade and WTO integrity, which are the foundations of Australia’s open economy. As the US–China trade dispute escalates, the G20’s importance grows.

Leaders will also discuss standards for developmental infrastructure, a crucial issue as the Belt and Road Initiative (BRI) gains momentum. China has been criticised for its ‘debt-trap diplomacy’ and  aggressive project financing. Australian Foreign Affairs Secretary Frances Adamson attended the latest BRI Forum in China in late April 2019, hinting that big decisions are looming over Australia’s involvement with BRI.

Another priority for Japan is to use science and technology innovation to solve social problems, fostering a more harmonious society. A special emphasis has been placed on women, youth and people with disabilities, as well as preparing for a ‘post-industrial 4.0 society’. Japan has particularly focussed on economic strategies to deal with the aging populations of Society 5.0. The ‘silver economy’ will hit Japan first, but this is a fate that Australia and other advanced countries also face.

In combatting climate change, Japan wants to mobilise ‘disruptive innovations’ such as artificial photosynthesis, carbon capture and use, and hydrogen as an energy source. Public anxiety in Australia over climate change policy is increasing, as reflected in its being a top-ranked issue in this election.

Dr Susan Harris Rimmer is an Associate Professor at the Griffith Law School, Griffith University, the Gold Coast. She is also an Adjunct Reader at the College of Asia and the Pacific, the Australian National University, an Australian Research Council (ARC) Future Fellow, and a non-resident Research Associate at Chatham House.