The engagement approach that has been the bedrock of Canadian policy toward China for 50 years is teetering. 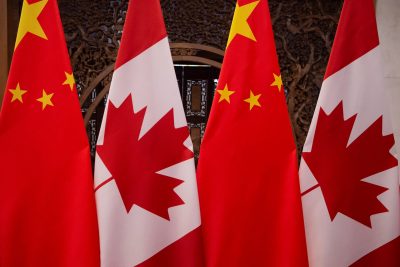 Externally, it is being battered by the growing authoritarianism and assertiveness of China, the incipient US–China Cold War and the erosion of the multilateral institutional order cast into sharp relief by its lame response to COVID-19.

Internally, it faces the anguish generated by the 18-month detention of Michael Kovrig and Michael Spavor in China (the two Michaels) and the arrest of Huawei CFO Meng Wanzhou in Vancouver for an extradition requested by the United States.

Engagement was always premised on the hope for many and expectation for some that as China opened up, it would politically and economically converge with Western standards. It was grounded in the geo-strategic calculation that Canada could build a multi-dimensional relationship with China without cutting across core US interests and policies. And it has rested on at least the tacit support of most Canadians.

None of these propositions currently hold. Now Ottawa is considering revamping or replacing its China strategy entirely. A restart is widely expected later in 2020, but it is unclear what the revamp will look like.

The Meng case is a nightmarish drama of Canada being drawn into a controversy not of its own making — a bare-knuckled US confrontation with a major Chinese corporation.

Canadian Prime Minister Justin Trudeau’s government is holding firm on its decision to treat the case as a matter of rule of law even despite the counter view set out in a heavy-weight letter prepared by 19 former ministers, a former Supreme Court judge, diplomats, and academics. They argued that the case was political from the outset and a matter of national interest in which the Minister of Justice could and should legally intervene at any point rather than await drawn-out legal proceedings.

The only remaining options are coaxing the United States to drop the charges or working with Huawei and the US Department of Justice to facilitate some kind of plea bargain. Both appear faint hopes.

No one seriously doubts that the fate of the two Michaels is entwined with that of Meng. Ottawa continues to press the issue of the Michaels at every opportunity without considering the possibility of conceding Meng and is encouraging like-minded countries to pressure China. It is unlikely that this will be successful.

The swing in Canadian public sentiment regarding China over the past 18 months has been dramatic. Regular polls and commentary on social and mainstream media indicate an avalanche of negativity. The objects of concern range from Xinjiang, Tibet and the origins of the COVID-19 virus, to the South China Sea and Chinese interference operations. Developments in Hong Kong are now drawing howls of protest.

Voices calling for standing up, pushing back and punishing China are growing louder, more numerous and better meshed. Candidates in the Conservative Party leadership race compete on who can utter the more severe denunciation of China. Sinophobia is surging.

New information networks are emerging linking activists, social media, mainstream media and politicians. In 2018 any mention of the Five Eyes was whispered — now it is a standard symbol in public discussion of potential like-minded action against China.

Ottawa generally has been nuanced and restrained in reacting to Chinese actions and public demands, emphasising the defence of Canadian values and the two Michaels while trying to work with Beijing on a range of bilateral and global issues.

By October 2020 the pressure to make broader strategic decisions will be irresistible. It seems almost certain that Ottawa will choose a UK-like ban on Huawei’s role in Canada’s 5G rollout. But the terms and the tone of the decision will be significant. Few in policy circles are persuaded by US arguments about the national security risks in play. Rather what is persuasive is the severity and credibility of US threats if Canada pursues a too close for comfort relationship with China.

Canada is not alone in being caught in the tangle of US–China conflicts, especially in high tech fields. It is several years behind Australia in having a public debate about China policy. Unlike Australia, Canada is unlikely to provoke full-throated confrontations with China, reshape its defence policy and foreign policy alignments to focus on constraining China, or make major legislative changes to address Chinese influence and interference operations.

Ottawa will need to come forward with an approach that frames Xi Jinping’s China as some combination of adversary, rival, competitor and partner. This approach should identify areas where Canadians can engage constructively with China, areas of differences that need further dialogue and redline areas that will trigger strong reactions. It should also outline what kind of collaborations are needed with others both to work with China and when necessary push back against it.

The broader strategic question is what choices Ottawa faces as the US–China Cold War intensifies. Decoupling, reshoring and the emergence of what Ian Bremmer calls ‘one world, two systems’ mean at worst isolation and at best doubling down on dependence with Canada’s continental partner.

Under these darkening skies, the balance point is a fine one between choosing outright strategic competition and a new form of nuanced strategic engagement. The interwoven fates of Meng and the two Michaels may tip the scales.

Paul Evans is Professor in the School of Public Policy and Global Affairs at the University of British Columbia (UBC).