Publication in Economics, Politics and Public Policy in East Asia and the Pacific

In his keynote address to the Shangri-La Dialogue, the eighth summit of Asia Pacific security and military leaders held in Singapore, Australian Prime Minister Rudd took his idea of an Asia Pacific Community (APC) a decisive step forward on Friday.

It’s an open secret that the Singaporean commentators have been the principal doubters on the Rudd plan. Linking the economics to the long term security priorities for the region, Rudd took the argument up front, in a straight-talking yet subtly argued presentation that, at its core, left no doubt about Australia’s earnestness in taking the idea forward or about the current of support there is for it around the region.

The precise shape of the idea requires thinking through carefully and further diplomatic follow-up. Rudd re-asserted that Australia has no prescriptive view of the architecture nor exactly how to build it. In that context, Rudd used the occasion in Singapore to announce that he would host a one-and-a-half track meeting in Australia to help do just that. This specific initiative is clearly consistent with the advice that Dick Woolcott, Rudd’s personal emissary on the initiative, gave following his extensive soundings around the region.

END_OF_DOCUMENT_TOKEN_TO_BE_REPLACED 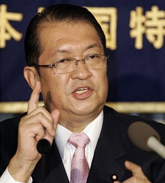 Maehara Seiji, the former DPJ president who has been viewed as a possible defector from the DPJ, said in a TV appearance Thursday evening that ‘even if the DPJ loses the election, it will absolutely not break apart.’

I have long been skeptical of the willingness of Maehara and his fellow conservatives to defect from the DPJ, particularly when the DPJ has been ahead in public opinion polls.

Maehara’s remarks are yet another reminder that the DPJ — often criticized as being as divided as the LDP — is more unified than the party’s critics acknowledge. Moreover, it suggests that a political realignment after the general election is far from inevitable.

Rather what we are witnessing is simply part of the evolution of a mostly two-party system.

END_OF_DOCUMENT_TOKEN_TO_BE_REPLACED 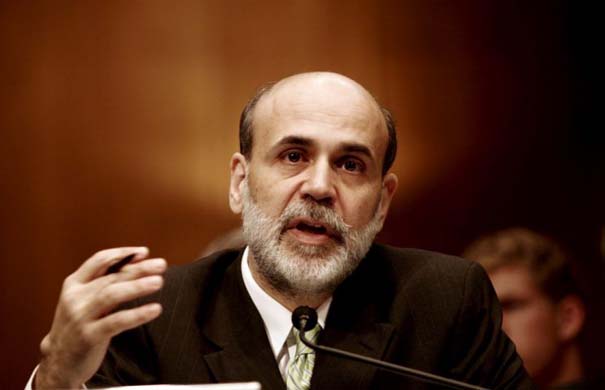 In a classic case of ‘they would say that, wouldn’t they?’, economic textbook authors McTaggart, Findlay and Parkin have recently defended economics from the criticism that it failed in not predicting, let alone preventing, the financial crisis.

They claim that ‘much economic research pointed to the emerging problem’, note that evidence ‘had started to accumulate from early 2007’, and blame the crisis itself on ‘egregious policy errors’ by the Federal Reserve.

The implication of their article is that economic theory is healthy, and that what is needed is not change, but more of the same.

Bollocks. Economics is extremely unhealthy at all levels, from introductory pedagogy to high research.

END_OF_DOCUMENT_TOKEN_TO_BE_REPLACED 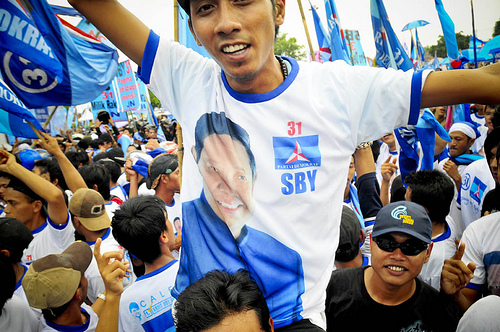 The results of the parliamentary elections held in Indonesia on April 9 are now officially out.

The Democratic Party (PD) with President Susilo Bambang Yudhoyono as its patron has emerged as the leading party with 150 seats (out of 560), followed by the Golkar Party, headed by Vice President Jusuf Kalla, and the Indonesian Democratic Party of Struggle (PDIP) led by former President Megawati Sukarnoputri.

The four leading Islamic parties – the Islamist Prosperous Justice Party (PKS), the National Mandate Party (PAN), the United Development Party (PPP), and the National Awakening Party (PKB) – did badly, with their combined votes plummeting from 44 per cent in the previous 2004 elections to 25per cent this time.

What does this mean for Indonesian politics, and above all, the presidential election scheduled on July 8?

END_OF_DOCUMENT_TOKEN_TO_BE_REPLACED

Roy Berman calls attention to conservative columnist Charles Krauthammer’s call for the US to negotiate with Japan over the acquisition of nuclear weapons.

Arming with Japan satisfies Krauthammer’s desire for action, which he believes as superior to the multilateral efforts he considers a ‘humiliation.’ The target of a nuclear Japan, Krauthammer admits, would not be North Korea — it would be China. He argues that a nuclear Japan would force China to move to pressure North Korea.

END_OF_DOCUMENT_TOKEN_TO_BE_REPLACED 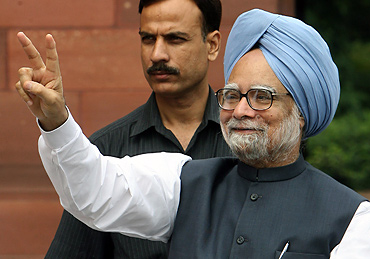 The Indian election result surprised everybody, but the response to it was predictable.

Business and the media share a new optimism that Dr. Manmohan Singh and his ‘dream team’, now about to lead a strong, stable Congress government, will roll out the market reforms that eluded them during the last five years.

First the good news. The election result has clipped the wings of venal, populist caste-based parties in north India, and dealt a blow to Hindu chauvinism coming from the opposition BJP. Indian secularism and cohesiveness have emerged stronger. But the prevailing bullishness on economic reforms is misplaced.

Optimists assume that Dr. Singh and his colleagues are genuine reformers who were shackled by unstable coalition politics in the last government. My view is that they are bogus reformers who lacked the character, competence and courage to take advantage of reform windows of opportunity. Rather, they sat comfortably in office, and relied on a combination of reforms done by the previous BJP-led government and a very favourable global economic environment to deliver record growth rates – for which they claimed credit. Messy coalition politics was an excuse to do nothing.

END_OF_DOCUMENT_TOKEN_TO_BE_REPLACED 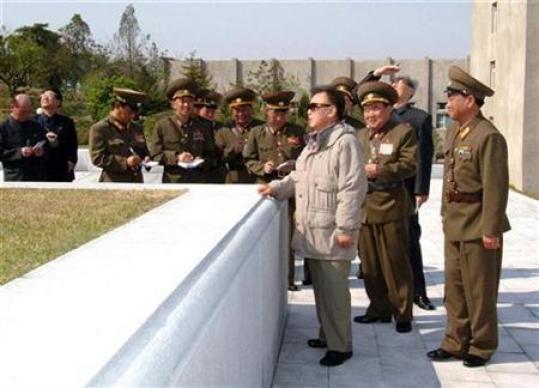 With its second nuclear test in three years, North Korea continues to illustrate the limits of the power of the US, China, and the international community as a whole.

The underground test, conducted on Monday, appears to have been more successful than the October 2006 test — although it is unclear just how much of a success it was. As Geoffrey Forden wonders, this test could have been a failed test of a 20KT device or a successful test of a miniaturized 4KT device. Pyongyang will undoubtedly be glad to keep its neighbors guessing which is the case.

The response from Japan and other countries has been predictable. Prime Minister Aso Taro spoke of the gravity of this latest development for Japanese national security and stressed cooperation with the US and the international community at the UN Security Council. The House of Representatives moved swiftly to draft a resolution condemning North Korea that could pass as early as Tuesday. The LDP leadership called the test ‘outrageous.’ END_OF_DOCUMENT_TOKEN_TO_BE_REPLACED 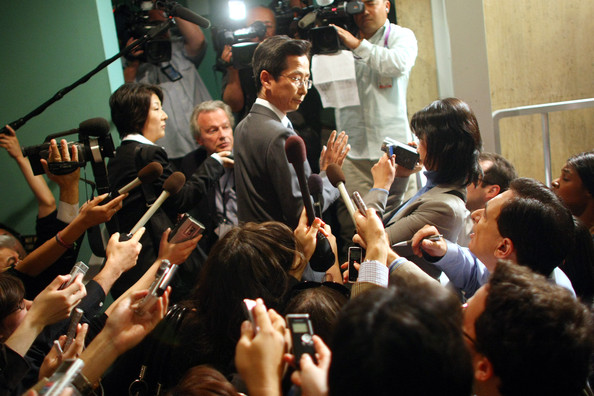 Strategy means being able to see the bigger picture in certain circumstances and to come up with an appropriate plan befitting the situation. Strategy is a method for achieving long-term goals.

The South Korean government, which last month was wavering on the Proliferation Security Initiative (PSI) issue, concluded that it would stick to its decision to participate. This is important.

What is more important is whether or not the Korean government has created a grand strategy that takes into consideration the formation of a new order on the Korean Peninsula, Northeast Asia, and throughout the world. It is crucial to ask whether the government is reviewing its approach to the North Korean nuclear and missile issues with this in mind.

END_OF_DOCUMENT_TOKEN_TO_BE_REPLACED 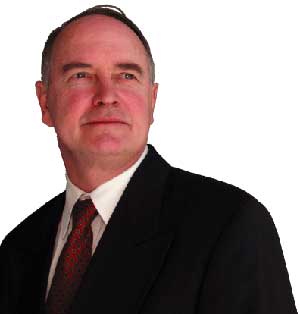 Australia and China share a great vulnerability to climate change. Australia is already hot and dry, and agriculture is conducted with precipitation levels.

Yet against this backdrop, there is considerable room for strategic initiative to be taken. For the full address, please see the videos below.

END_OF_DOCUMENT_TOKEN_TO_BE_REPLACED 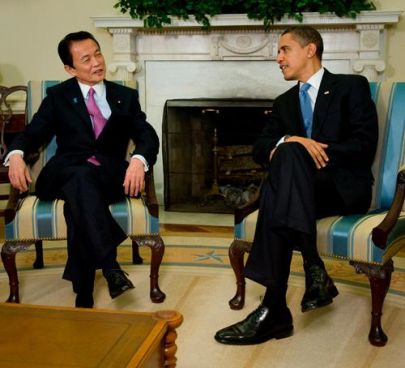 While the White House has not made the announcement official, the Nelson Report said that the Obama administration will be sending John Roos, Silicon Valley lawyer and major Obama fundraiser, to Tokyo as U.S. ambassador.

As Armchair Asia notes, this is a sign that Japan has indeed become normal: ‘It is about to nominate for ambassador to Japan a presidential crony and big money fundraiser – just like the traditional emissaries to the Court of St. James’s or France or Italy or Bermuda.’

Indeed, Jun Okumura looks at Britain and finds that the British press is disappointed with Obama’s choice for ambassador to the Court of St. James’s. Japan, welcome to the club of countries that think they deserve better from Washington.

END_OF_DOCUMENT_TOKEN_TO_BE_REPLACED 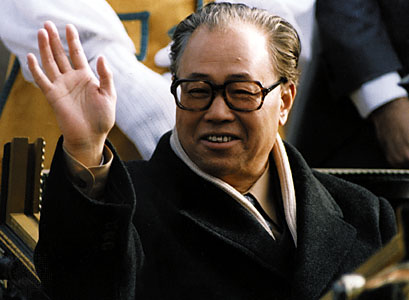 As one whose task it was – together with some excellent colleagues – to report and try to make sense of events as they unfolded in China from 1988 to their tragic denouement on the night of 3-4 June 1989, Zhao’s account comes as very welcome confirmation that, basically, we got it right.

Against a background of growing popular concern over corruption and inflation, the broad outlines were clear enough: Zhao’s intensifying struggle with his more conservative opponents, the way his efforts to defuse an increasingly tense situation following the death of Hu Yaobang on 15 April were systematically sabotaged, the cutting off of Zhao’s direct access to Deng Xiaoping, the subsequent monopolisation of information going to Deng by ‘a small handful’ (to use the phraseology of the time) of Zhao’s enemies, Deng’s final loss of confidence in Zhao, Zhao’s loss of power, martial law, the massacre and its aftermath.

END_OF_DOCUMENT_TOKEN_TO_BE_REPLACED 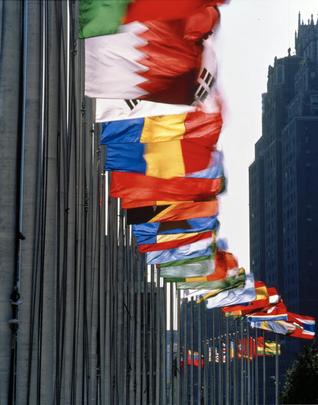 Since the onset of the financial crisis, there have been suggestions to form a G-2 consisting of the United States and China.

This proposal is based on the facts that China is the largest creditor of the U.S., the U.S. is China’s biggest export destination, and the strong interdependence of their two economies provides a foundation for joint action that can shape the global economy.

This thinking is tempting when the G8 is seen to reflect an outdated balance of power and the G20 is considered too diluted to respond to global challenges.

Yet a G-2 would give a false assumption about stronger global governance and China would probably not deliver in such a format. Let me explain why.

END_OF_DOCUMENT_TOKEN_TO_BE_REPLACED 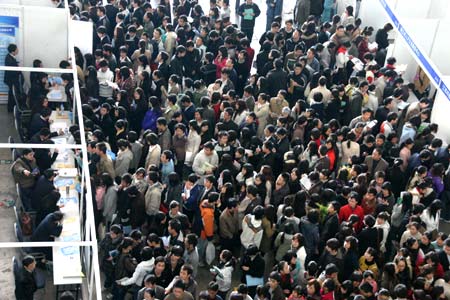 Peking University is, perhaps, China’s top university. Each year, every position in the School of Management and Finance receives approximately 30,000 applicants. If you get the opportunity to study there, like I did, you are studying with some of the most ambitious, intelligent and hard-working students on the planet.

Peking is an establishment that has been at the heart of intellectual, social and political movements in modern Chinese history. It is a great privilege to experience the inner workings of an institution that commands such a powerful place in the modern Chinese psyche.

After a year and a half of mingling with Peking University students and meeting internationals from world-class institutions like Harvard, Yale and Oxford, I came to the sobering conclusion that Australian graduates are grossly underprepared to compete effectively in the globalised Asian job market.

Amongst the thousands of impressions etched in my memory, this is the one that startled me most.

END_OF_DOCUMENT_TOKEN_TO_BE_REPLACED 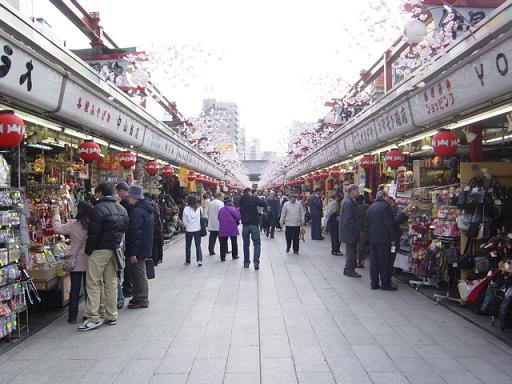 Our points are the following:

• The global financial crisis and recession have brought renewed calls for reform of the economic system and a greater degree of regulation of markets, especially financial markets.

• That idea is wrong. The current crisis is a failure of regulation that calls for not more regulation, but the right regulation.

• The crisis has also brought calls for the heads of economists for failing to anticipate and avoid it. That idea, too, is wrong: much economic research pointed to the emerging problem.

• More economic research (and teaching), not less, is the best hope of both emerging from the current crisis and of avoiding future ones.

END_OF_DOCUMENT_TOKEN_TO_BE_REPLACED 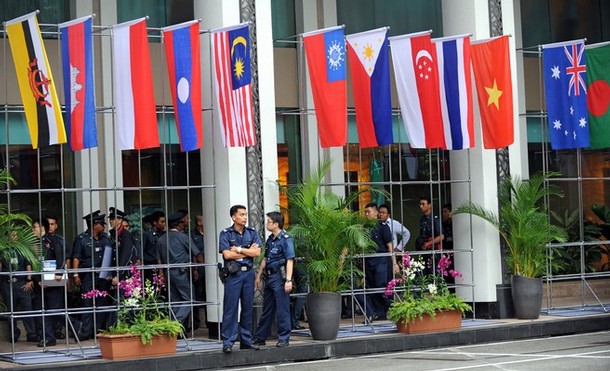 The ongoing global financial crisis has forced us to reconsider the way to achieve peace and stability in East Asia.

We cannot remain blindly optimistic about economic growth and the future of democratisation in Asia. The region still has potential for growth, but it is likely to be slower. Moreover, many governments have not met adequate governance, accountability, and rule of law standards.

The financial crisis of the 1990s surely enhanced regionalism in East Asia, but how could we envision a brighter future for this region? What kind of economic and security architecture is necessary?

END_OF_DOCUMENT_TOKEN_TO_BE_REPLACED

Next Page »
As a freely accessible resource for the region, East Asia Forum relies on donations from those who believe in its importance. More information.